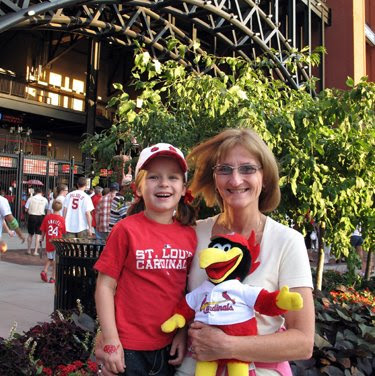 We made good on our voucher that E won with her library’s summer reading program and took Grandma with us to the ballpark. It was a lovely evening, one of many uncharacteristically pleasant August night for these parts, and although the final score wasn’t so great, it was great to get back to the park. We’ve been a bit spoiled with our seats in the past – these tonight were pretty far up – but no complaints. Hard to believe the cheap seats are twenty-seven bucks, but hey! At least the cotton candy is a steal (six bucks?!?!?) 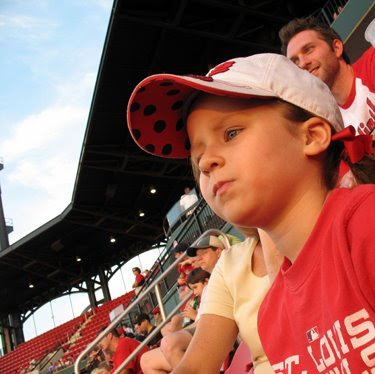 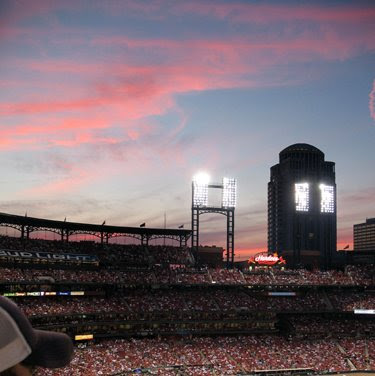 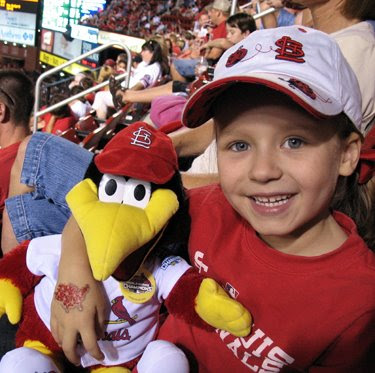 Fredbird was a gift from one of E’s teachers at her preschool – somehow she had managed to get them donated for the kids, and E received hers on her last day. We took him to the game tonight to let him live the dream again, for awhile at least, outside of her bedroom. Alas, he was no lucky charm, but at least the final score wasn’t as bad as the kiddo thought it was at the bottom of the sixth. “Hey the PIT’s (Pittsburgh) have one hundred thousand and we just have six zero’s.” So I gave her a quick lesson in total runs – and while I was at it, I convinced her these weren’t the bad kind of one armed, one hooked, one eyed looting pirates on the open sea. I think it lost just a tad bit of appeal after that one, though.