I have so many other things that I need to be doing, including sleeping, since I won’t be doing much of that over the next few days. I’m baking a ridiculous amount of very tiny, very tricky little cupcakes for an open house for work on Friday – the kind of recipes that are ten word sentences – but I still can’t wait to try them all. Pictures of the madness to follow, I promise. Anyway, where was I?
Oh, procrastination…
I realized as I was posting the last two times that the photos seemed really familiar. (This happens all the time, I tell you.) So back into the archives we go. See photos below of E – one dressed up and propped up against the same pillow as F, and the second is E in her lame first Halloween costume. See the previous two posts for comparisons. I remember dressing E in that for her first or second day at daycare, and about three seconds after I snapped the photo she spit up all over it.
One marked difference between the two (since they obviously look a lot alike) – much less spit up the second time around. I consider that a significant improvement. 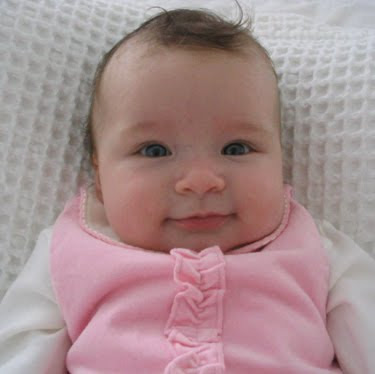 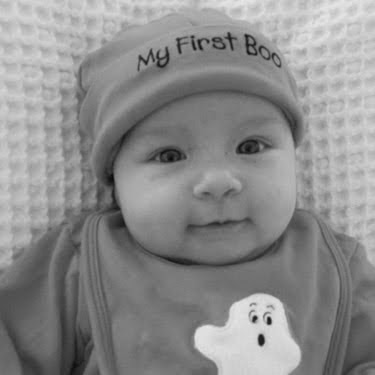