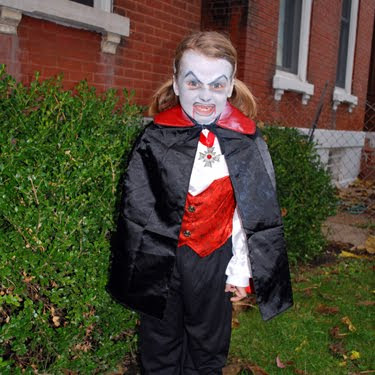 For the past four years the whole family has worked together to make E’s Halloween costumes – some were based on books, or favorite toys, or – in the case of last year – a favorite event that comes right before Halloween. This year she announced early that she wanted to be a robber – a costume that in her description was made up of a black shirt, black pants, black shoes and a hat with a light on it. We tried to get her to glam it up a bit – maybe she could be an international jewel thief and have a sack spilling over with costume jewelry, or perhaps an art thief with the Mona Lisa in her back pocket – but she shook her head “no” to all those suggestions and insisted on the all-black ensemble. Seemed kind of boring, and we told her that no one would even know she was there in the dark as she went from door to door. “Precisely the point,” she said and left it at that.
So we were pleasantly surprised when she changed her mind and decided to be a vampire. But not just any vampire – a handsome vampire. She chose her costume carefully for its vest color and necklace style. When she tried it on at home she admired herself in the mirror and said “I knew it would be nice, but I didn’t realize just how handsome it would be.” She asked for full makeup. She asked for fake teeth. She asked if she could wear it to church. “Without the cape, of course.” (She didn’t.)
…..
Maybe next year we’ll go back to the handmade costumes, and maybe not. It was definitely a great Halloween with lots of happy, candy-filled friends, a relatively happy hot dog, and a very happy – I mean handsome – vampire. 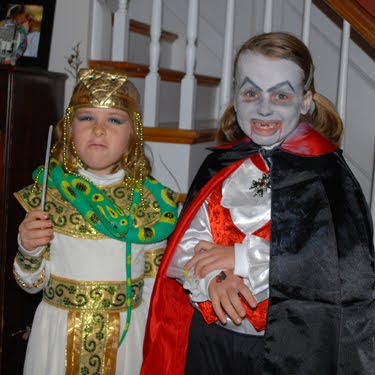 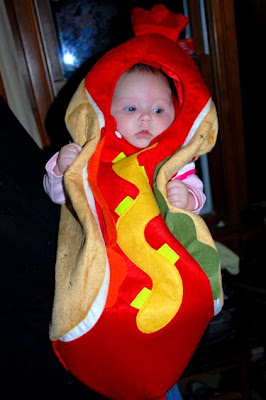 1 thought on “"the handsome vampire"”