Yesterday I entered a new bracket at work – my insurance premiums went down because a formula somewhere decided I was old and barren and past my expensive child-bearing years. No longer a part of that 26-34 bracket – now I get grouped in with ages that I used to relate to groups of people with college aged children and early retirement. I don’t think of them that way anymore. They are our friends, and they are just as likely to be changing diapers as they are to be filling out financial aid packages for universities. But I still feel old this week, even in those moments that I’m walking at the same speed that I’ve always walked, and putting on the same size jeans that I wore in my twenties. I have “over the hill” to look forward to, although everyone says that 40 is the new 30. Then AARP, then retirement… I’ve always thought that “hill” was supposed to represent the halfway point of life, but I think maybe it just describes the speed to which the years go by at that point. I know they seem to go by quickly now. It seemed like I blinked between 30 and 35. In the span of a hiccup I had a child who is a few weeks away from being a second grader. I sneezed and that squalling infant sat up, smiled and waved, saying “hi da-da” clear as day. I stopped counting for a split second and found myself married for a decade and out of high school for nearly two. I want it to slow down. I want to slow down.
Thank goodness for children who let you do just that. Who giggle when swinging and allow you to just sit and watch and push. Looking forward to a long spring and summer of just that. And trying to convince myself that 35 is the new 25. 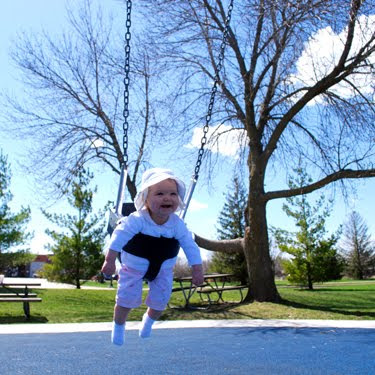 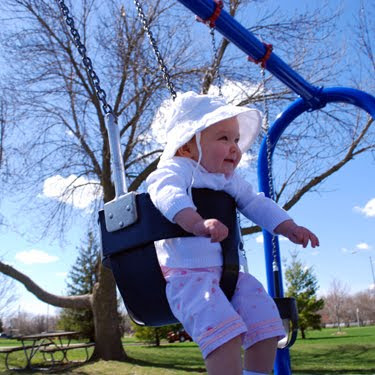 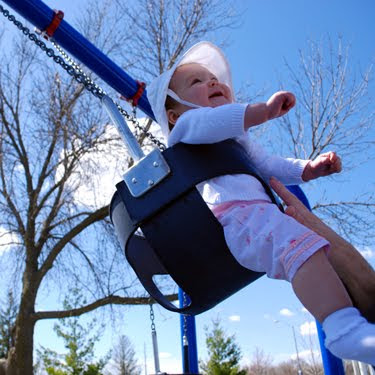 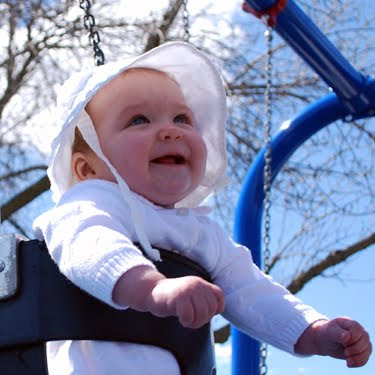 3 thoughts on “a new bracket”