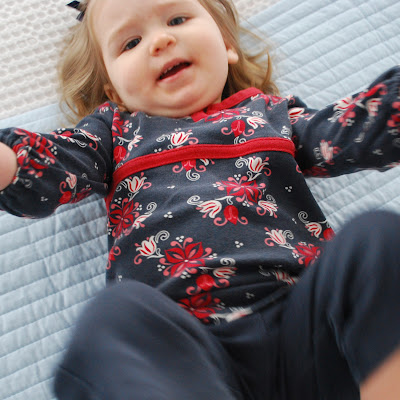 So here’s a photo of that baby performing her new favorite trick. Climb on top of the bench at the end of our bed, stand at the edge of the bed, and then, without warning, throw your body backwards onto that bed. Squeal loudly while doing it. Not a huge fan of this new stunt, first, because it seems a bit rowdy at the edge of a tall piece of furniture, and second (and perhaps even more importantly) because that baby is newly potty trained and less than six hours before was spewing chunks of dinner all over her bed for the second time that night.  That new blue coverlet is less than one week old, so I wasn’t too fond of the idea of stain treating it just yet.
To give credit where credit is due, she doesn’t have accidents anymore and hasn’t for awhile.  I’m currently knocking on wood, because I also told a co-worker just yesterday that she hadn’t been sick for awhile either.  But later that night, as always seems to be the case, just as we settled in for our long winter’s nap, she stirred, then chatted, then hummed a bit before she started sounding a little less happy.  Moments later she was calling out our names, and before we could race to the top of the stairs she was covered in a wide variety of very recognizable foods coated in that very recognizable stench that is child vomit.  Clean the kid, strip the bed, toss the toys, potty and drink a little water and we thought it might be a lone event.  They never are.  Once again she was sick, although I must say that child is as good at getting sick at the toilet as she is at using the toilet, as long as we could get there in time.  The night ended in the morning, with the two of us lying on either side of her on the floor, holding her hands as we all tried to get a few moments of sleep.
M left shortly afterward for work and right after his departure, still asleep in the baby’s room, I heard a muffled “Mama, mama”.  This was coming from down the hall, and not the crib, so I darted out of the room hoping to keep her from waking the sick one.  She was standing on the step stool in the bathroom, leaning over the sink, blood dripping from her face, her hands, her elbows.  There was so much blood coming from her mouth I was convinced she had fallen out of bed and knocked the whole rack of teeth out.  I was trying to ask her where the blood was coming from, trying to frantically get her to spit it out of her mouth so that I could inspect it when she sneezed.  An enormous sneeze, and then a second one, and the room was transformed into another place entirely in that second.  “Crime scene” we called it later, when the nosebleed was finally stopped, the teeth were all accounted for, and the bed and pajamas had been stripped and stain treated and we were headed for school.  “Dexter” is what I thought.  Not because I’ve ever seen an episode of that show, but the billboards are hard to ignore, and some co-workers of mine liked discussing the plot lines occasionally over coffee. 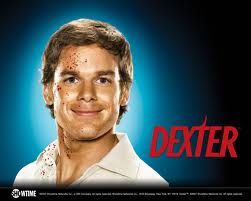 The lingering stench of the night’s episodes, the redecorated bathroom that looked like a stage set for a TV drama, a whimpering, feverish baby, and an older kid that kept exclaiming in excitement each time she found a new drip on the path to my own personal breakdown… what a night, what a morning, what more?  Stomach of steel I do not own.  I’m an incredible wimp when it comes to any sort of bloody shambles, vomit squeaking in at a close second.  I’m completely stoic when the needle is coming towards me, but I can’t hardly stand to be on the sidelines watching the madness unfold around me.  For Pete’s sake, I could hardly stand to think about the heart procedure my own father-in-law was going through just down the street from me, and I squirmed each night to hear the updates and the follow up procedures and think of the extraordinary gore that is involved in healing.  I know that feeling of relief when the vomiting ends, when the stomach settles down, and the fever starts to recede.  I know how much better I felt after the windows were open for awhile, and the third and fourth and fifth loads of laundry were finished, and I folded those clean white towels once again.  I know his recovery ahead is long and hard and boring and monotonous but will come, and things will be better and the heart will heal.
The messiness of it all is sometimes too much, requires too many deep breaths, too much detergent.  It is smelly and exhausting and stressful and painful.  It hurts to be on the outside, and it’s sometimes hard to know just how to help.  But still I’m there, holding that shaking, shivering, smelly baby so close to me until she stops shaking, I’m there holding the bloody tissue and the bloody hand of a stunned little girl.  And I’m there, hoping and praying each day for healing and strength, and a heart that thrives with the scars that it now bears.
Plus, I’ve got the perfect place for next season’s premiere… 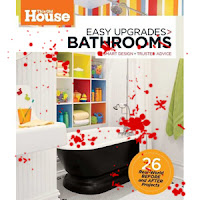 1 thought on “not for the squeamish”