While I would have liked to have given my husband a whole day devoted to whatever he likes best, the reality is, at this stage in our lives, those days are hard to come by.  Instead of breakfast in bed (or an even better treat – we leave the house for breakfast and let him sleep in for as long as he wants), I rose early and left him to wrangle the kids while I preached not one, but two services.  We had leftovers for lunch, and he spent the afternoon working with a friend in the living room while I ran a few errands with the girls.  I did put together a delicious dinner that we all slurped up in mass quantities, and then finished off with some decadent dessert.  The kids went to bed, and we curled up on the couch to watch the last segment of a movie we’ve had for a week.  A day full of things that had to be done mixed in with things that are fun to do.
That’s how we operate right now – rarely watching a feature film in one sitting, shifting from working to playing, always one of us in kid mode while the other tries to knock something off that endless to-do list.  There are days when that gets to be so very trying, when we wish there were more times with the four of us, not just various combinations of three.  I’m sure that yesterday afternoon there were moments that he looked up from sanding wood trim to watch the three of us building with legos on the floor and wished he were doing that.  I know there were moments during the lego building that requires constant negotiations between a very particular seven-year-old and a very pushy toddler when I watched him rolling primer onto the walls and wished I were in there doing that very thing.
It is in this constant juggling mode that we call life right now that I am incredibly grateful that there are two of us.  That shifting of roles and responsibilities is necessary, critical really, to catch your breath, to remember who you are, to be a better parent, a better partner.  Thank goodness for fathers, especially this one. 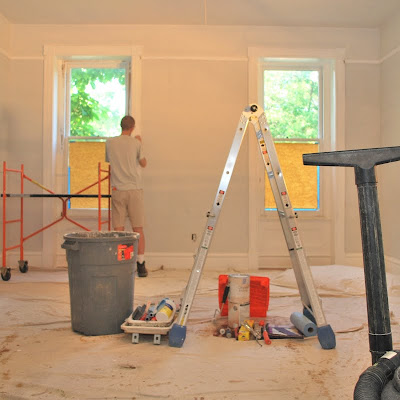 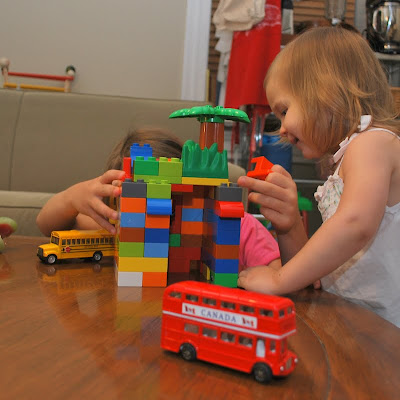 1 thought on “on father’s day”