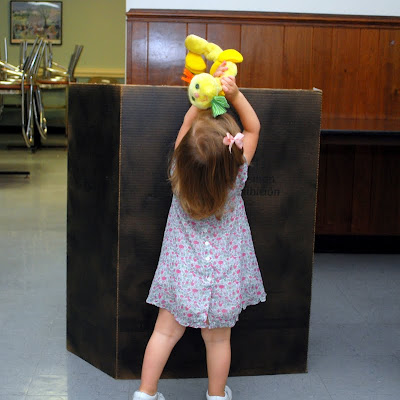 I forgot about these photos, but stumbled upon them again yesterday.  There were some little cardboard puppet stages set up for the kids to play with during the puppet show intermission, and E jumped at the chance to try it out.  F, on the other hand, didn’t seem to get the concept.  First, she thought the puppets that appeared were for her, and she tried to grab each one and take off with it. 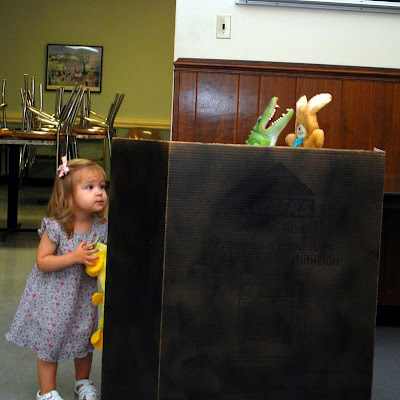 After telling her to go behind the stage about two million times, she decided to check it out.  At that point she forgot completely about the actual puppets, and just stuck her bare hand into the story.  If you haven’t yet seen “The Hare and the Hand” I highly recommend it.  Just be warned – the cardboard stage will come hurling at your feet with a toddler sprawled across it at least once during the performance.  Which just adds to the show. 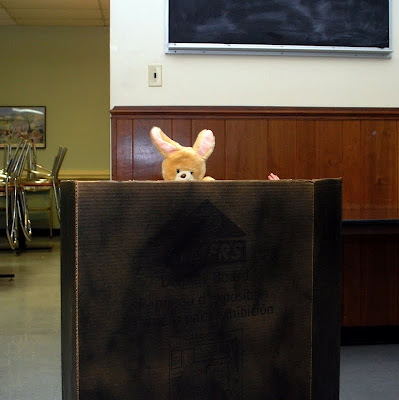