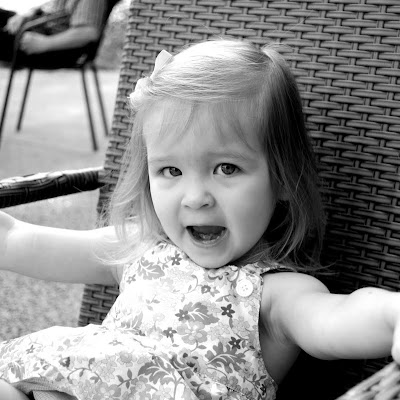 Last weekend we coined the phrase “two enough”.  Several times over the course of the weekend we were asked how old our daughter was and each time we said “almost two” or “nearly two”.  Eventually, amongst ourselves, we added “two enough“.  I think that phrase describes this child perfectly.  She’s not quite older, but is trying with all her might to be just that.  She’s absorbing things at such a rapid pace, and spitting out the words to describe those things so quickly now.  She has her moments of inflexibility, but even those are beginning to even out  She can be reasoned with, a dialogue is there.  This is one of the things that I like most about being a parent – the evolution of a conversation with someone who is at the same time a part of you and independent of you. 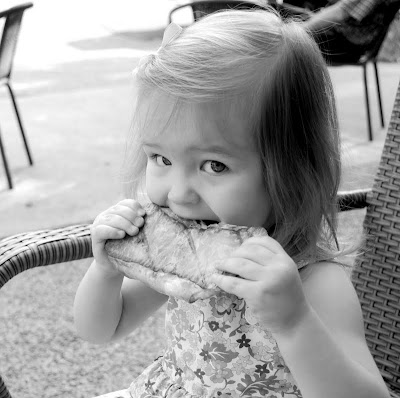 Breakfast, Rue Lafayette.  First singing to me (and everyone else), and then devouring a pastry.