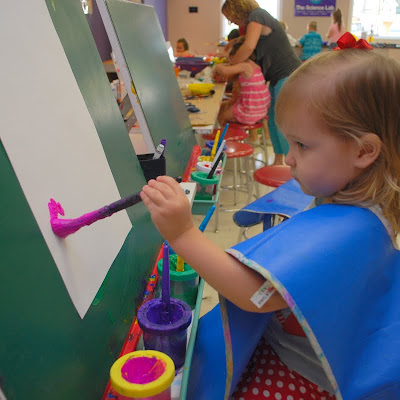 Each new day – but especially on Fridays – I am reminded of just how much I loved this age with E.  Conversational, inquisitive, always ready to try out new things… two is about as good as it gets (until four – I adored four!)  What a treat it is to be able to do it all again.  I’m not sure I fully grasped how meaningful it would be to revisit each age with a new little person.
There are moments with two that are very much two-ish, but for the most part, I think two gets a bad rap.  I’ll take the occasional bout of fierce independence over lacking verbal skills and diapers any day.
I remember that it was about this time that E’s love for letters really took off.  It’s fun to see that again with F.  She loves singing her ABC’s, and likes pointing them out everywhere.  (Not naming actual letters correctly, but knowing that they are letters. 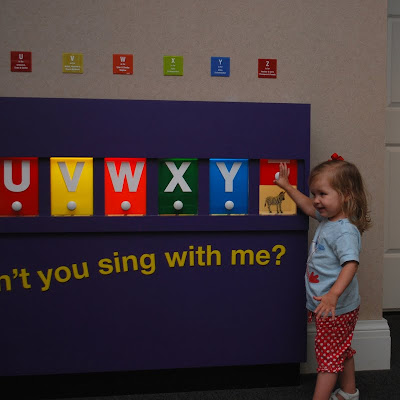 And she really enjoys finding the z is for zebra and the t is for train.  This was really the only exhibit we needed to see to completely make her day. 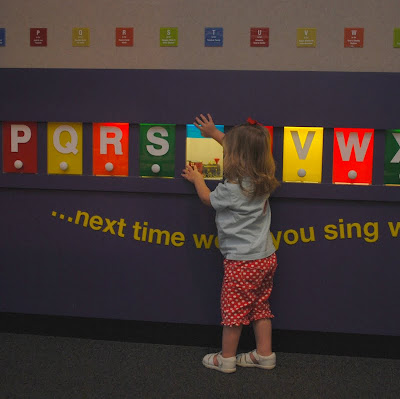 Of course that was before she discovered super high tunnels she could scamper up through by herself. 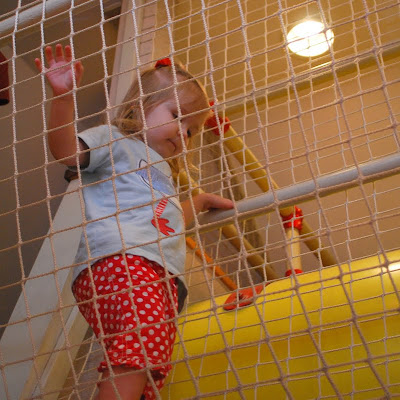