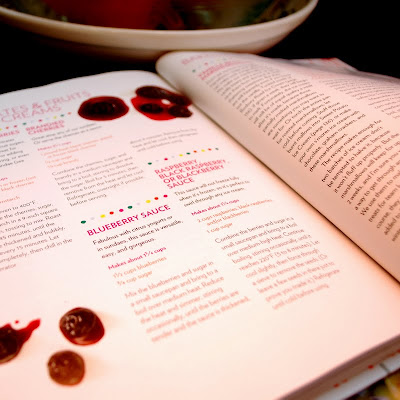 Sometimes the stars align and the kids are all fed and bathed and bedded long before eight, and I have an evening stretching out before me, a well stocked refrigerator and pantry, and a slew of recipes outlined for the week.  I got a head start on a few of those – letting some things roast lazily in the oven while I put together some ice creams.  I like the fact that my new cookbook has photographs of puddled berries on it so I don’t have to worry so much when I drip beet juice across it.
Yes, I did say beet and ice cream in the same paragraph.
I also love my cooking thermometer which I accidentally melted one day, so instead of shooting for fruit syrup to reach 220 degrees, I just watch for the red arrow to get swallowed by the big glass wart. 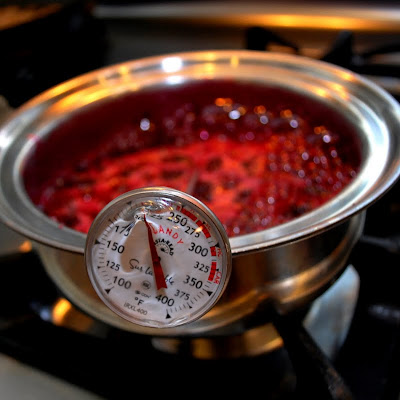 I had to do the sweet corn ice cream at least one more time – we took the first quart to a party and the container got licked clean.  Note to self:  pack them in two pint containers and only take one.  Then you seem like you are displaying such willpower as the rest of the crowd digs in… ’cause you know you’ve got a giant bowl waiting for you at home later. 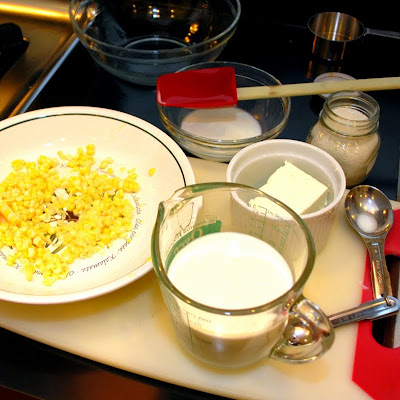 And in other news – it’s like trading up here.  We passed along our much beloved Babycook to the cute new baby a few doors down.  And a couple of hours later this showed up on our doorstep: 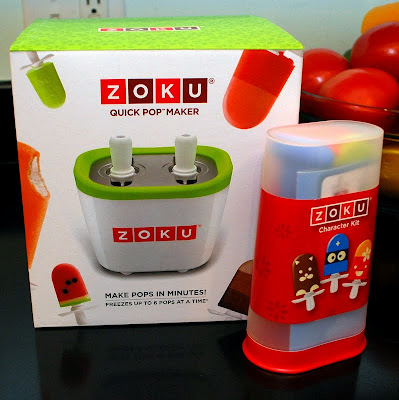 E dove into the wrapping paper and was appropriately jazzed – she’s been eyeing this thing every time we’re in Williams-Sonoma looking at boring things like strainers and roasting pans.  We’ve graduated from the baby food maker to the popsicle maker, and trust me – E’s set a timer for that required twenty-four hour pre-freeze.  Expect to see popsicles on this blog in the very near future.
Which just might be the key that gets them over the current jello jiggler obsession.  And also, because E won’t be caught dead eating ice cream with sweet corn or beets in it.