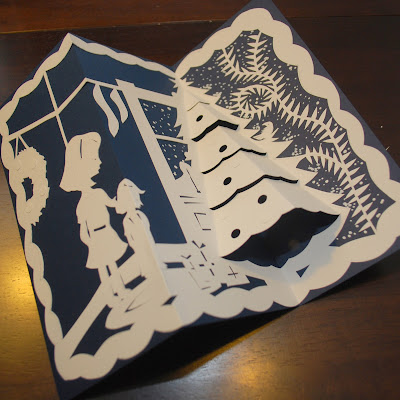 *Okay, who am I kidding?  This was more like six days before Christmas.
I was working on Christmas photo calendars for the family and so I had my head in key photos of the last year.  That’s when I discovered these photos and realized that I never posted them.  And since a lot of the things I’m working on right now are top secret, this seemed like a good placeholder.  I loved these cards but to make one hundred of them was quite the undertaking.  I tackle one piece of them at a time and then duplicate it over and over again rather than do a card from start to finish.  I think that’s more efficient, but it also means it is hard to get an accurate idea of the amount of time that each card will take.  Which means that I never actually do the math in my head to multiply that number by one hundred.  Which means I enter into the project with optimism, joy and a blatant disregard for reality.  Sounds like the holidays to me!
At some point I was forced to accept reality, and do the math, and I calculated over an hour per card – something like 72 minutes – start to finish.  The scoring, the folding of white, the scoring, the folding of blue, the drawing, the cutting, the gluing in three stages under heavy books, the application of additional paper ornaments, the painting of the snow, the folding, the stuffing, the sealing, the addressing, the stamping… you get the picture.  But still, I’d have to say that I enjoyed every last minute of it (with the exception of maybe the ten minutes it took me to calculate that time).  I got all but six done before the holidays, I finished the last few just after and the earth didn’t stop its orbit around the sun.
This year will be different.  That’s what I’m telling myself at least…  Happy holiday making to you all. 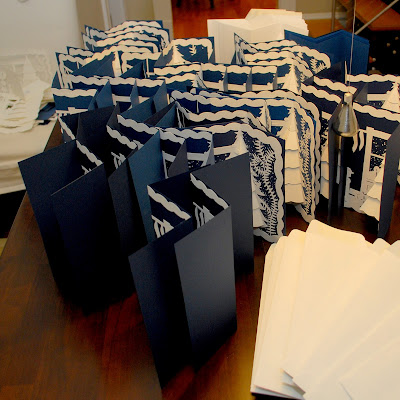 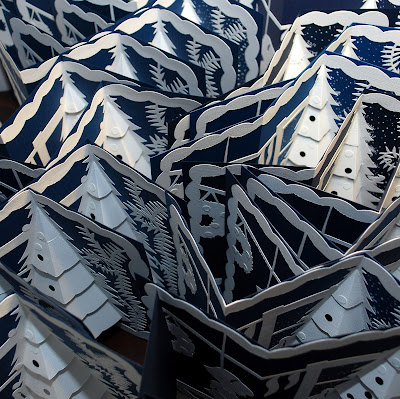 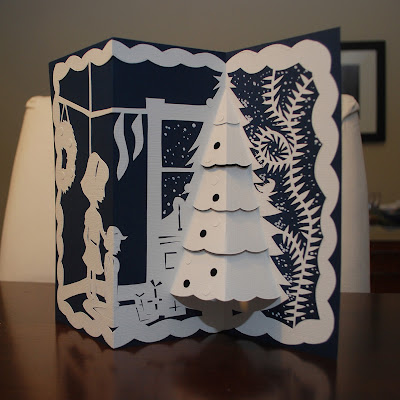