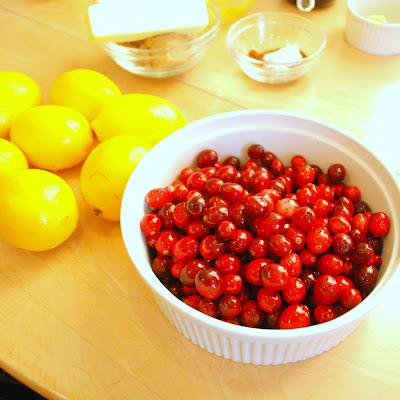 I did some baking for a baby shower this morning.  The baby-to-be is a boy, and the theme of the shower was animals, with a neutral sort of vintage, old school feel.  The mom-to-be doesn’t like chocolate, but does like flavors like carrot cake and spiced goodness, so I decided to do two flavors of cupcakes that I think fit the bill.  The first was a meyer lemon cupcake with a tart cranberry filling, and meyer lemon cream cheese frosting.  I tend to always go back to Cupcake Bakeshop for recipe inspiration.  She is always spot on, and this time was no exception.  The cupcakes were moist and buttery, and I used the cone method of removing the center, filling it with the cranberries, and then replacing the top.  All evidence of sneakery is hidden under that delicious frosting.  I hope no one wears a white shirt to the event. 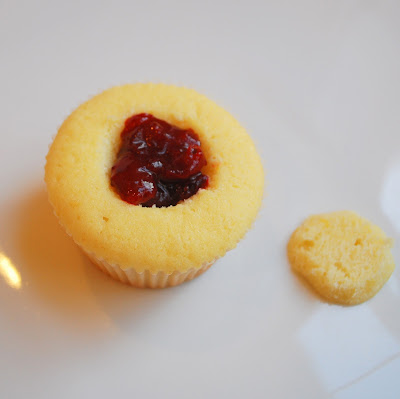 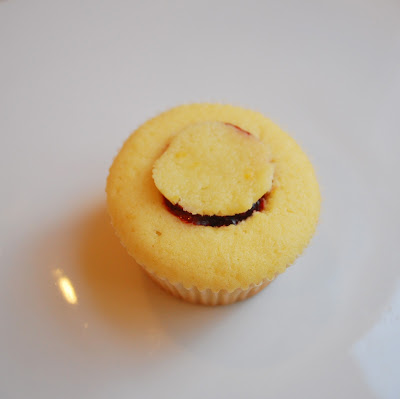 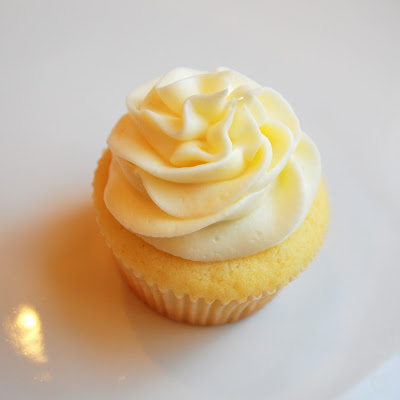 The second cupcake flavor was a carrot-ginger cupcake with organic carrots, fresh ginger and candied ginger.  It also had toasted pecans in the mix and was delicious for breakfast which is when I tried one.  The frosting on that cupcake is a vanilla cream cheese frosting, and I topped each one with a gingerbread “animal cracker”.  Yum.  Just the right amount of spice and winter sweetness for a December baby shower.
I’ll post the cookie favors later. 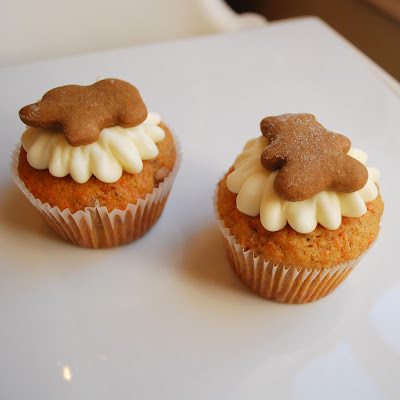 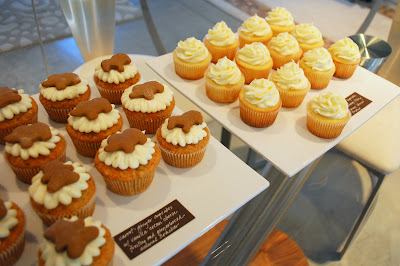