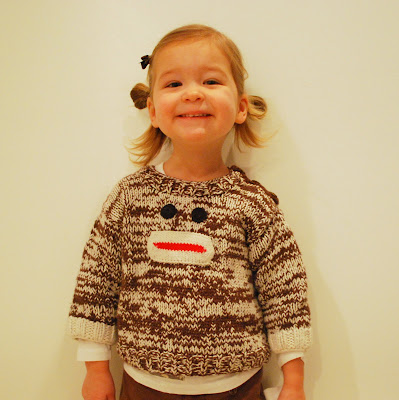 If I could bring myself to type OMG, you would know how I might choose to preface this brief chat about the current state of affairs in our house with this two-
“and a half!!” she yells from the wings, interrupting my train of thought momentarily,
–and-a-half year old.
We know, dear one, we know.  We haven’t forgotten.  How could we?
I remember this, I’ve lived it, I’ve survived it without visible scars.  I should be prepared, and really, I think that I am.  But I’ve reached that point when I can no longer hit the snooze button until the last possible moment in the morning, content in the fact that we can accomplish all that we need to do to get up, dressed, fed and out the door in a set amount of time.  Because that is no longer a guarantee.  It’s not even a strong possibility.  It laughs in the face of any hint of optimistic leanings.  It’s a big, fat joke.
She wants to do everything.  Every last thing.  I love the independence, but holy pete, it can be such a chore to watch, and you cannot imagine the wrath one might face if you dare intervene too early or too forcefully.  She had a particularly lovely meltdown this morning in the kitchen over something that I can’t even recall now.  Her older sister took the brunt of this one (although, in the little one’s defense, her sister has been told one blue-zillion times to back off a step or two).  E was frustrated, F was screaming, I was just trying to put some oatmeal on the table while resisting the urge to fling it across the room onto the wall, and I turned to E to try and fix the one kid that still lets you fix her.
“I know this is frustrating.  This is a frustrating age, it’s a phase that we went through with you, and we’ll get through this with her.  She just wants to be her own person, and do her own thing, and she doesn’t want any help, and she’s going to scream and yell about it all the time.  It stinks, I know it, but we’ll get through it, and she’ll master some of this stuff and give up on the rest.  But I know it stinks.  It’s no fun for anybody.“
E looked at her sister kneeling on the floor over the giant bin of oatmeal she had wrestled out of the pantry on her own, scooping dry oats from the bin onto the overturned lid, and spilling most of them in the process.  She rolled her eyes and then corrected me.
“It’s fun for her.” 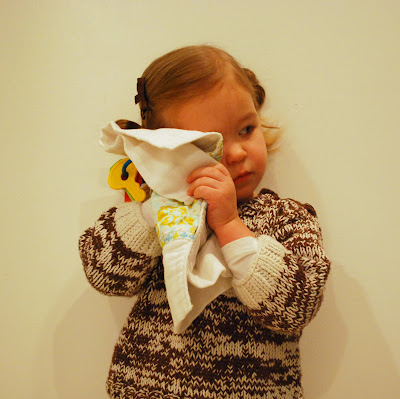 (F this morning – pre-kitchen meltdown – wearing the just-returned sweater portion of her 2010 Halloween costume.  The smile is post-bedroom meltdown over having to wear a shirt under the sweater because her insistence that she wear a sweater sized to her body a year-and-a-half ago left her forearms and belly exposed to the world.  She could wear that sweater, by golly, but she was not wearing it as a midriff.  Is it wrong to bask in the glory of that tiny victory?)
Also – I know by writing OMG, I actually did write OMG.  I swear it won’t happen again.