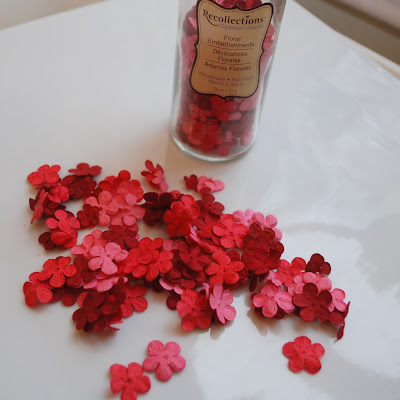 On Friday the little one and I went in search of something for a project I’m working on right now – one of my 52 projects this year.  We weren’t having much luck, but on our way back through Michael’s we stumbled across a row of glass bottles in all the shades of the rainbow.  When we looked closer we saw hundreds of paper flowers in every possible shade, from pink to purple.  The bottles were on clearance but there were tons left.  I left the row and then circled back again.  I’ve cut paper flowers out tons of times, and these were already cut.  What a concept.  And then I thought the bottle of reds might add a nice touch to the simple valentines F was going to make this weekend, so I picked it up.  She’s a pretty happy camper with a glue bottle so I figured she’d jump right into the card making. 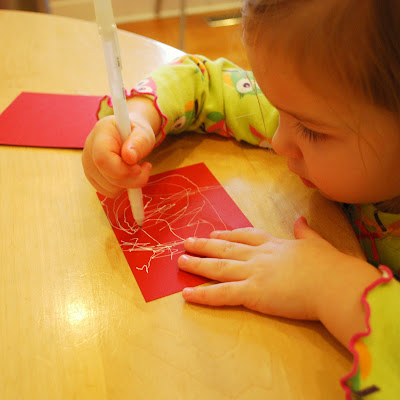 This morning we did.  I have half a dozen almost spent white pens from the Christmas cards, so I got them out and let her go to town.  After she decorated them she hit them (hard) with glue, and we covered up the puddles with flowers.  She was really digging this.  It was just enough to keep her engaged, but not too fussy for her skill level.  While she worked on the cards I started writing “you’re sweet” on the envelopes and adding a single flower.  She liked that look and added her own “writing” above each one. 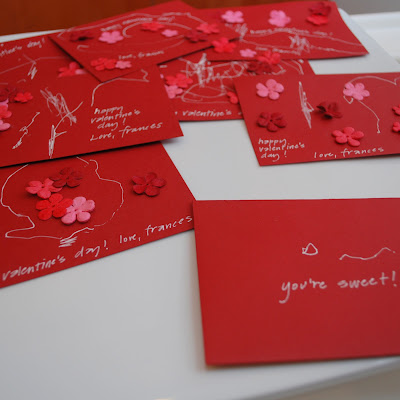 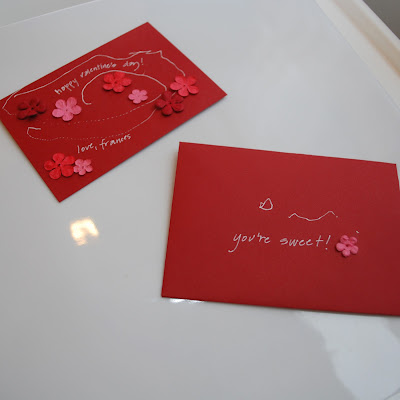 The more I sat there and looked at those flowers, the more the wheels started turning.  E was at the table as well working on a valentine of her own, and we started tossing out ideas for F’s birthday party this summer.  And we got it – a great idea, and we’re running with it.  I even called the park and left a message to reserve our favorite pavilion. 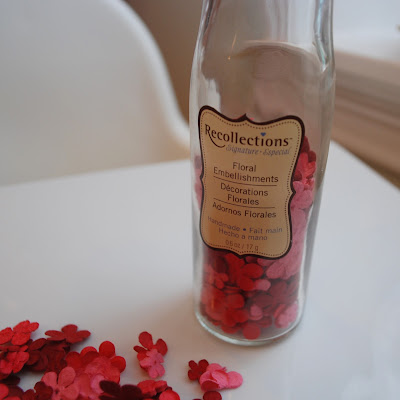 Tonight we ran back to Michael’s and picked up seven more bottles in various shades.  (I’ll take a picture tomorrow.)  The reds were already gone – but I guess that’s to be expected the week before V-day.  I’m pretty jazzed about our idea, and even more excited that E’s going to help me out on the invitations.  Last year’s two-year-old party might be hard to top – but we’re feeling pretty excited about her third – and happy to inject a little color into such a gray and drippy afternoon.