I’m really excited about this week’s project, but the project itself took a lot longer than a single week.

For several years now I’ve wanted to get the blog out of the computer and onto paper.  This past week the number of posts passed fourteen hundred.  One of the things I like about having everything recorded and in one place is that I can go back to something from a few years back and remember what I had planned to do in an area, or find a recipe that we haven’t made in awhile, or just reminisce a bit about the girls when they were younger.  I can search through the archives to do that, but there’s something really nice about being able to see it all in print form.  The task of doing that has been pretty daunting and so I’ve put it on the back burner for a long time.
Then M gave me a sweet little kick in the rear by doing a test run of the first couple of months on the blog: 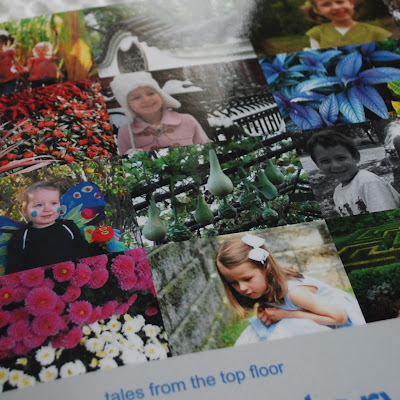 As soon as I flipped through those pages and saw it all in print I knew it was something worth spending the time on.  I started right after the new year and did a little bit at a time.  I’ve been waiting for a couple of weeks for the hardback version to arrive and it did earlier this week. 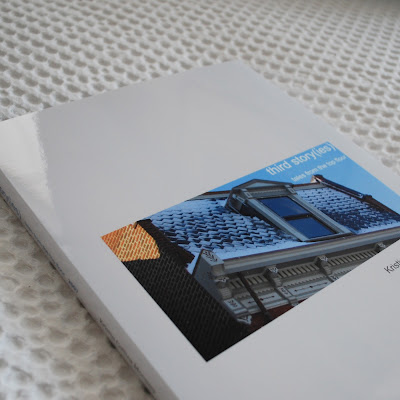 If it seems a little thin, well, that’s because I haven’t actually published the whole blog.  This is just year number one (2007), and I also have to point out that I started that year in August.  Late August.  This thing is going to look like an encyclopedia when I get it finished.  Our home computer is almost nine years old which makes it a dinosaur.  It is SO slow.  I pushed my way through on this small volume, but we’re thinking of taking advantage of a computer sale through M’s work this weekend to upgrade around here.  I don’t plan on doing the other 3000+ pages until we have something that moves at greater than a snail’s pace.  But this is still exciting, and makes me want to tackle the rest of them this year. 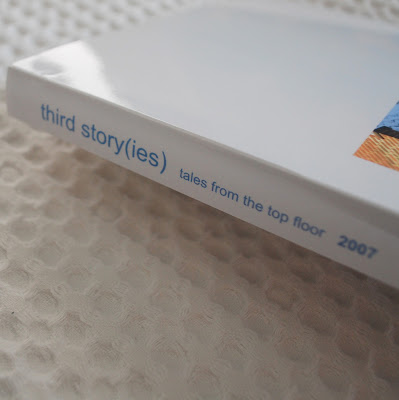 I used Blurb for the publishing, and there were certain advantages to that but I certainly wouldn’t call it an easy process.  I upgraded to the thicker paper with a matte finish, and the charcoal linen cover.  I was a bit undecided on the overwrap color – I have several different mastheads from the blog over the years, and I thought I would use a different one on each cover.  I couldn’t really find a background color that I loved so I went with white.  I figured the cover itself is easy and inexpensive to replace, so I’ll see how the other books come together and whether I want a consistent color or different ones for each volume. 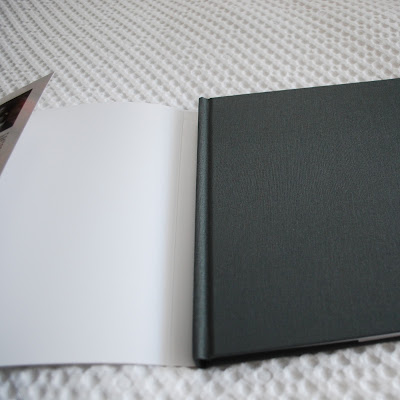 In the beginning of the blog I was pretty green on blogging and computers in general.  The software wasn’t as good as it is now, and I had to reduce the image sizes quite a bit to successfully publish a post.  It will be interesting to watch the changes in  print form throughout the years – the resolution of the images have greatly increased (as well as the big change in cameras in 2009!) – so I may use larger images in some of those volumes.
The girls have loved looking at this book since it arrived.  Well – let me amend that statement a bit.  E has loved looking at the book.  F’s just frustrated by it because she is nowhere to be seen.  She doesn’t get the whole timeline thing yet – and even if she did I’m sure she’d choose to ignore it.  She’s two-and-a-half.  In her mind the world began when she came into it. 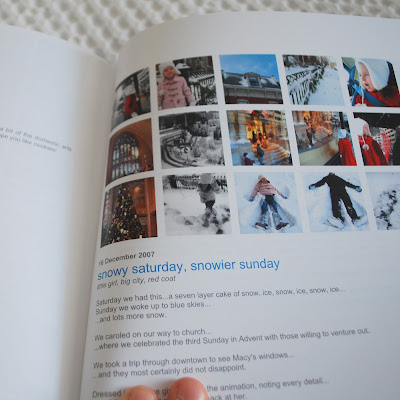 Another thing that took a long time was going back through archived files to find all of the images that were originally uploaded to the blog in slideshow format.  That first year on the blog I backtracked quite a bit by telling the renovation story from 2000-2007 in nine separate volumes.  I wanted those images to go along with the stories, and some of those slideshows have over seventy images.  The early years were before we even had a digital camera, so you can imagine the digging and sorting that went along with those nine posts.  I also edited all the text to use full names (not the initials that I use on the blog) and to add any additional captions to photos that might better explain things not in context.
I actually have Kolo albums with all of our renovation photos in 4×6 prints, but I love having these organized around the words that tell the story of this house.  The girls are endlessly fascinated by seeing their floor before it was the finished space that they know now as home.  Hopefully a little bit of that drive and vision and even a touch of insanity is rubbing off on them.  I hope they’ll always see potential in even the messiest of situations. 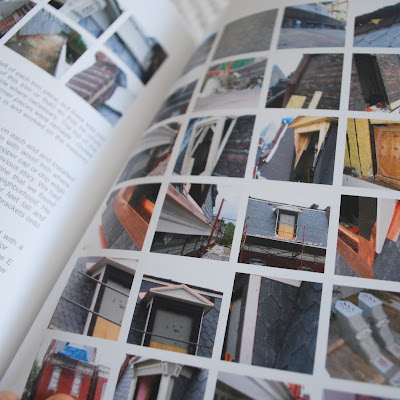 I also love looking back to early artwork and beginning writing.  I enjoy seeing those images in the large frame we have in our room, but this book has the stories behind each piece, and it’s those stories that make me want to write, and continue writing. 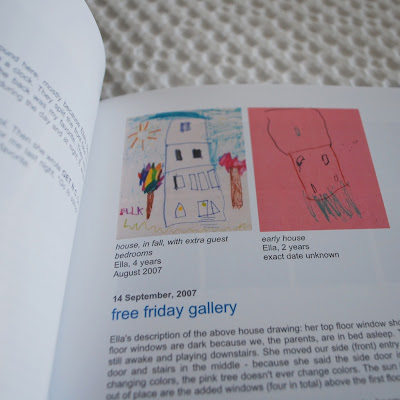 One of the things I enjoyed most in this project was writing the book description on the fly leaf.  It was kind of fun to write it about the blog in the third person as dorky as that may seem.  Here’s what it says:
K began this blog in late August of 2007 to help document her life with her husband, M, and their four-year-old daughter, E.  In the beginning she posted daily photos of their activities, her artwork and E’s, M’s many projects in and around the house, and the occasional dinner recipe.  The blog has grown over the past five years and now includes life with their second child, F.  It still serves as a space that K enters daily – to record her thoughts, organize her photos, and keep track of the sometimes hectic, but always memorable, life they lead.
The name for the blog was invented by her husband on a drive home from Iowa in 2007.  It perfectly describes the best source of inspiration for K – the thoughts and ideas that tumble around in her own personal attic, her amazing husband that built the real one out of nothing, and the two kids that inhabit it everyday.