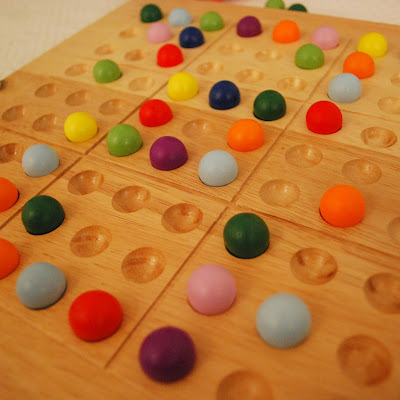 I didn’t get home tonight until after eight, and I have an even longer day tomorrow.  I threw down a quick snack and headed up to the third floor to see what was happening.  This is what was happening, so I jumped in. 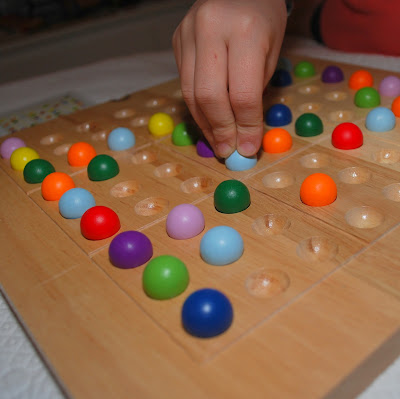 I always loved the game of Sudoku… in theory… but I just never really liked actually playing it.  I think it was the writing and rewriting of numbers – trying to track back to where you started once you goofed up.  Or maybe I just wasn’t as good at it as I wanted to be.
For years I had a lunchtime ritual at my old office.  Actually – we all did.  My boss got the New York Times every morning, and around lunchtime the rest of us grabbed the crossword puzzle, threw it on the copier, and worked through our own copies of it while we ate heated up leftovers at the table.  Newbies started in pencil, but were only really accepted in the office once they graduated to pen.  White-out was allowed – slightly frowned upon – but occasionally necessary as the week wore on from the easy-as-pie Monday puzzles to the more challenging Thursdays.  Before I changed jobs I had built up my skills to mastering most Thursdays, but never during the lunch hour.  The puzzle would sit at the corner of my desk, and we’d collectively work on it as the afternoon wore on.  Fridays kicked my tail, and I don’t think I’ve ever completely solved a Sunday.  Come to think of it – I haven’t done a crossword puzzle in years.  I should do something about that.
I’m rambling, I know, but it really does relate back to the story.
When I first saw this game in Chicago, it looked like such fun.  And it is.  The colors are so nice, and I love the way the wooden marbles rest in the holes.  The concept is just the same as with numbers, but colors are more my speed, and I can look at a row or a box and see what is there – and what isn’t – and the board slowly fills up.  Solving a Sudoku game in the newspaper means a pretty messy page when you’re finished.  Solving this Colorku game reveals a cleaner order, a colorful board.  No white-out, no eraser dust.
It’s also much more collaborative.  The first round we worked together – the second round was quieter and completely independent.  We worked at opposite ends and then crossed paths across the board.  Pushing my brain in different ways than I’ve pushed it all day feels like a nice, long stretch – the good kind – that leaves you feeling a little more limber and a lot more relaxed. 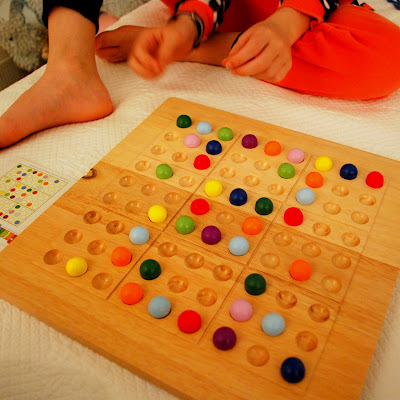