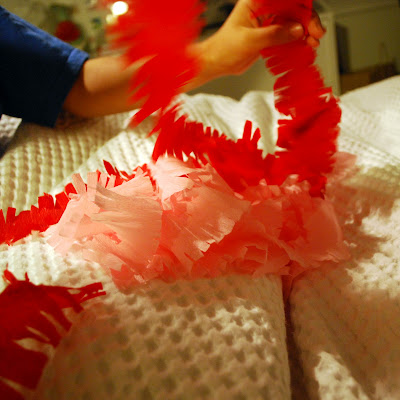 E and I cuddled up in bed last night and did some fringing.  We started on the crepe paper streamers for F’s rainbow garden party, and E’s going to use the same streamers for her party later this summer.  I cut dozens of little slits in the rolled up paper and she “fluffed” them.
F woke up early (for a Saturday) and was pretty jazzed to see what we had accomplished the night before.  We made quite a bit of streamers from just 3″ of each of our paper folds.  We’ll probably make some more, and then maybe even some crepe paper flowers.  It’s a pretty fun activity, and a nice way to unwind and chat after such a busy, busy week. 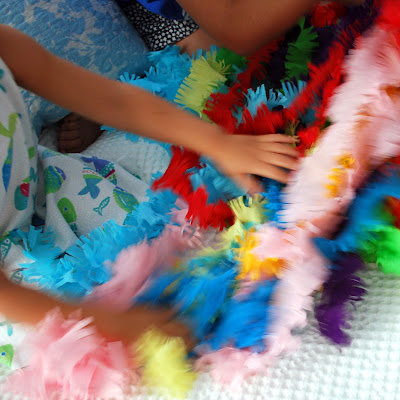 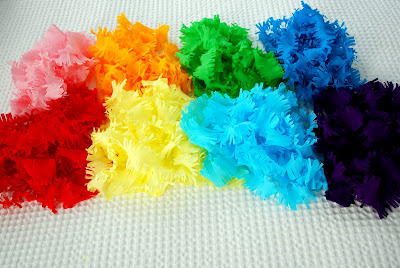 We’re off to pick up our rainbow colored chocolate, which isn’t the wisest idea in this sort of weather, but oh well.  Here’s hoping for a cooler week next week.