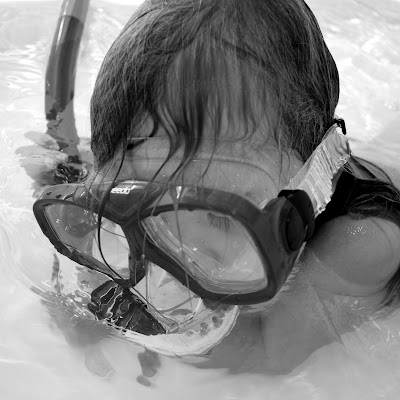 This summer a small obsession has formed in our household.  It started when E picked out a snorkel for our vacation in June.  F became enamoured with it, and begged to try it out in the tub whenever she could.  A couple of weeks ago we were hanging out at the pool with my sister and her family and F found a random snorkel left in the kiddie pool.  Which is kind of gross if you think about it, but we didn’t realize she had found it until she emerged from the water, and turned around with it already in place.  At that point it’s kind of a done deal – plus it had been sitting in chlorinated water all day.  I didn’t think she was going to ingest any more germs by using that abandoned snorkel than by swallowing pool water as she played in the pool.  She puttered around with that snorkel all evening.  Last week we had a planned trip to Target and she had a gift card from her birthday to spend.  I asked her what she wanted to purchase with it in advance (I need a plan when I go to Target or I risk walking out with three times the things that I went in for) and she said that she wanted a “norkel”.  Sometimes it’s a “schanorkel”.  Either way, it’s pretty funny to hear her say it. 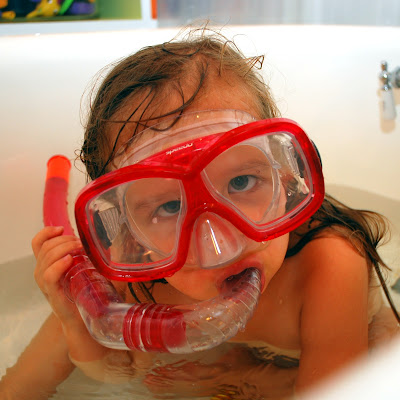 I didn’t have high hopes of finding a small enough snorkel on the shelves at Target, but there it was.  Ages 3-8, sized for smaller and narrower faces.  And it was pink.  It was destined to be.
Last night we got it out and filled the tub.  She’s a natural.  She goes under for minutes at a time and you can hear her steady breathing through the tube.  She studied these colored rocks under the water as if they were part of a vast coral reef.  Sometimes she just studied the bottom of the tub.  Occasionally I asked her to come up again – just to double check that she was still breathing, that she was okay. 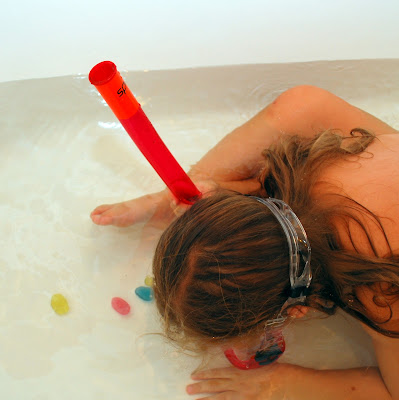 She was more than okay – she was right where she wanted to be. 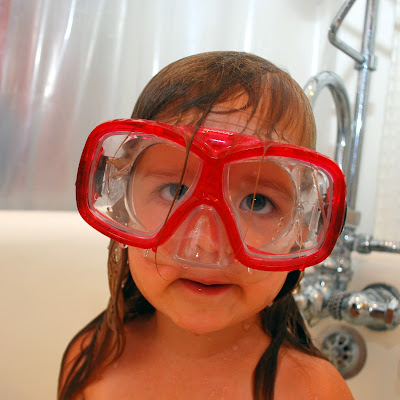 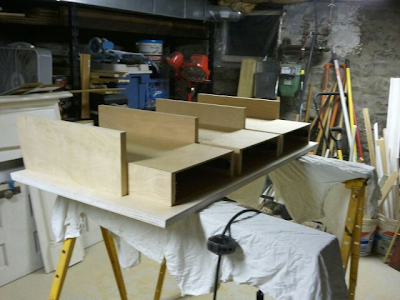 Desk (upside down).  And a little seen view of our basement.
E hasn’t asked yet why her dad’s marathon “cleaning” session in the basement involves the near constant sound of power tools…