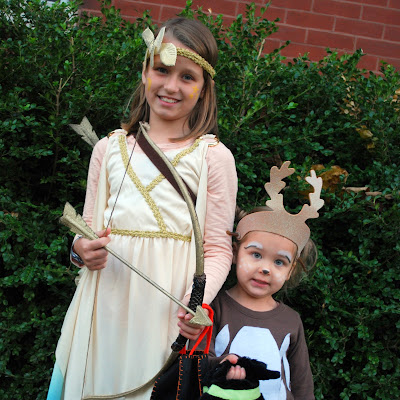 I’m sorry if the early ridiculously premature Christmas antlers from Michael’s threw you off.  She is not, in fact, a reindeer.  She is a DEER.  She will also approach your front porch while singing very loudly a song that she’s made up about Halloween on the spot.
Hall-OH-ween, hall-oh-WEENIE!  It’s Hall-OHHHH-ween.
Have a Halloween and a Trick-OR-TREAT!  THANK YOU!!
And then later, random verses of “You Are My Sunshine”.
E got asked a few times what movie she was from.  A couple of people realized that she was some sort of a goddess and guessed.  Aphrodite?  Artemis?  Ten points to the couple that got it on the second try.  So we were a little obscure this year – no worries, the candy still came in.
We decided to trick-or-treat close to home.  This may seem like a foreign idea to some of you – why wouldn’t you trick-or-treat on your own street?  But our street is notoriously dark on Halloween – I think everyone bails for other places.  So many neighborhoods have entrenched traditions based around the holiday – many have a central trick-or-treat zone, or they block off cul-de-sacs, or they move the festivities to a neighborhood landmark or church.  We usually just pick a friend to trick-or-treat with, and hit up their neighborhood – at least that’s what we used to do when E was an only child and F was really young.  It just seemed more fun that way.  Now that they are older they make a good team together so we decided to head over a few blocks to one of our favorite parks where they kick off the night with a parade and some general treat getting.
It got really exciting when the sound of horses started up. 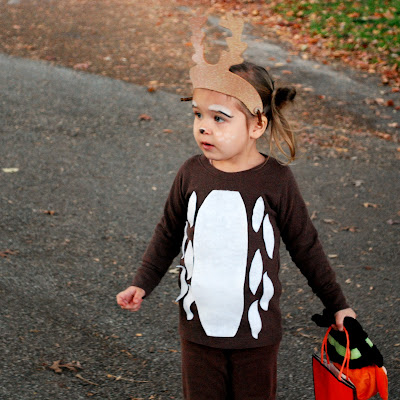 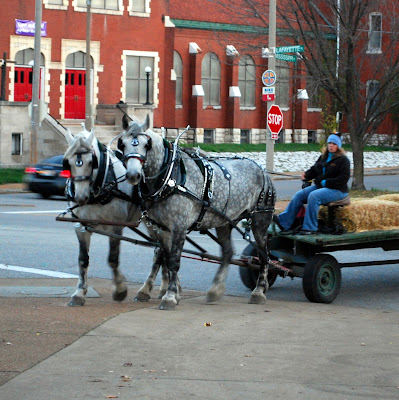 There were teams of horses pulling trailers full of hay all night – we never took a ride around the square – but it did look like fun.  The girls made the entire loop on foot and then we rounded the last corner back to the car.  F announced she was ready to go all night, but when she found out she could actually eat the candy once she got home she was okay with calling it, and the sorting began. 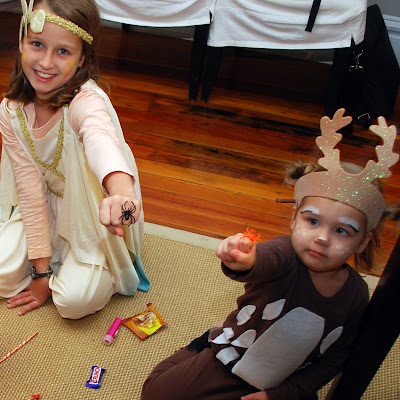 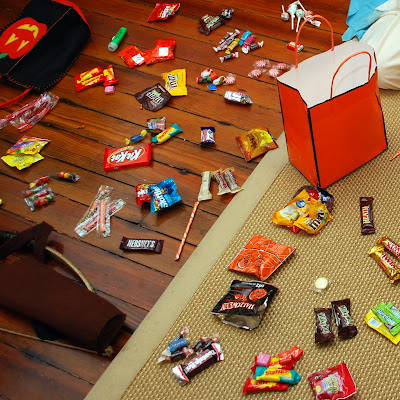 E planned the post-Halloween dinner a few weeks back – I see a future Pinterest fan here. 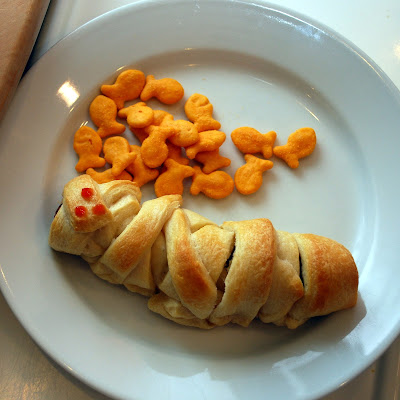 F tried to sneak some Skittles in on the side – but once the real (mummified) food came out the candy bingefest was over. 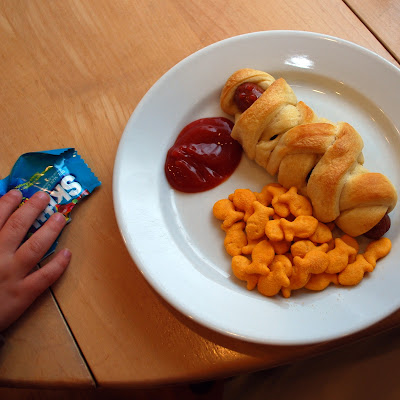 We read our stack of Halloween tales, as promised, and everyone (but me) has crashed into a post holiday slumber.  I’m headed that way now as well.  Hope you had a fun one – thank goodness it’s only once a year!