I’m a little late getting to these photos but our computer’s been tied up with more exciting things like taxes.  It was funny to look at these photos from this year and last year.  I thought I’d focus on how much the girls have grown, but really all I notice is how different spring is this year.  Granted, Easter was earlier this year, but last year it was warm and the grass was green and everything was blooming.  This year it was sunny, but the wind was still a cold wintery wind, and everything was brown, brown, brown. 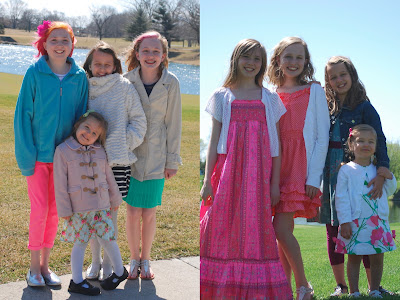 I did notice that they are all getting taller, and the middle one of the oldest is passing everyone up – even her older sister!  She’s sporting some really great pink and orange hair to brighten up her spirits, and it was so great to hug on her and spend time with her family.  Thank you all for your continued support and prayers.  We sported a lot of pink and orange all weekend… 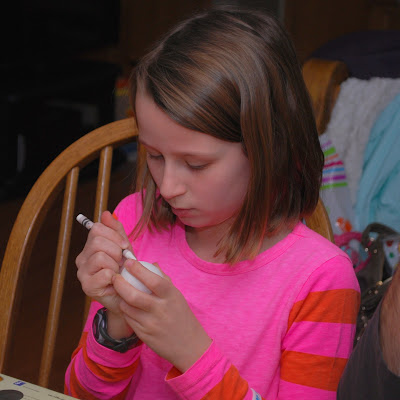 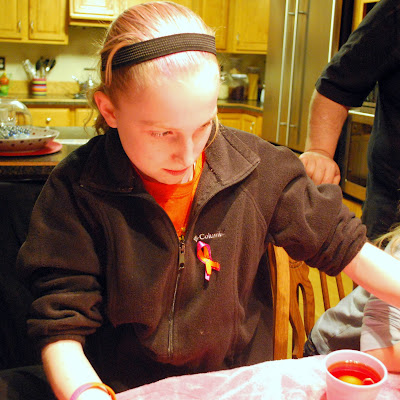 The girls were pretty serious about egg decorating this year – they spent an hour or two layering colors and glitter and even hair and faces. 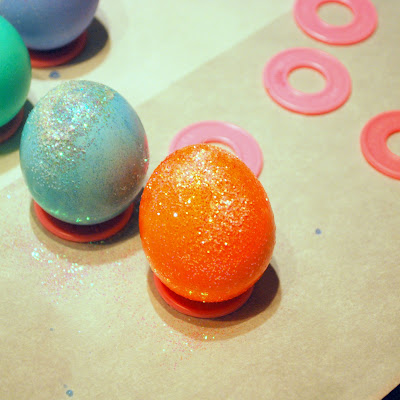 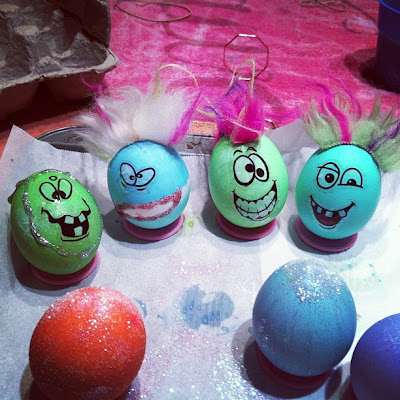 They even let me have two so that I could try to make them look like the bathroom painting. 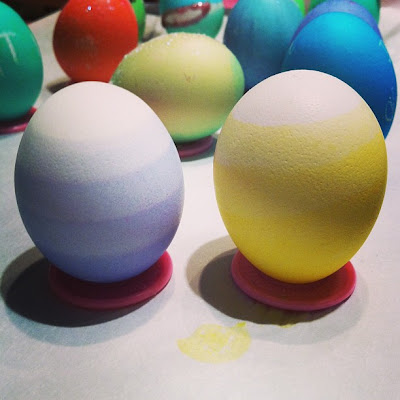 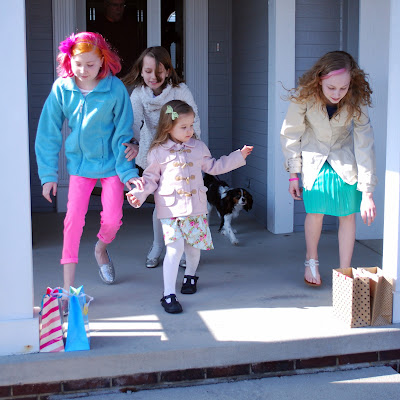 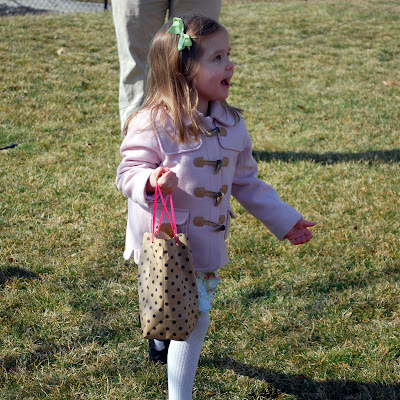 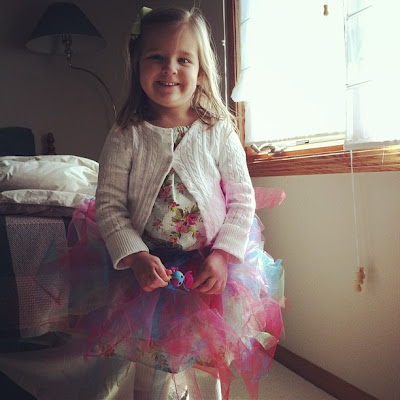 F got this new tutu her cousins made for her and she took it to school to show all her friends.  E got some new rain boots that she put to work on Tuesday doing some stream cleaning with her class.  And we’ve had plenty of fake boo-boos to warrant some new Easter bandaid use.  Who knew that chapstick and character bandaids were the stuff of three-year-old dreams? 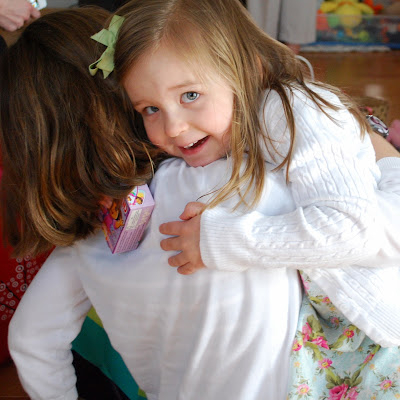 Hope you had a great holiday, and you are starting to see a little Spring around you.