I mentioned before that the older one isn’t so into having her photograph taken these days.  I always hated having to stop whatever we were doing as kids (or as grownups)to stand still and smile for the camera, so I try not to make the girls do that too much.  But oftentimes an entire weekend with their grandparents will go by and we don’t have a single photograph of them together.  This weekend I was determined to capture at least a few.
We were waiting on our food at the garden on Saturday, and E and my dad were sitting next to each other.  I pulled out the camera, but they still seemed far apart in the frame.  They had been laughing together as they talked, but it wasn’t really translating through the lens.  I asked E to get up and stand nearer to her grandfather, but then the natural smiles were sort of lost, and they looked like the were smiling only for the camera.  I tried to loosen them up a bit by telling them they didn’t have to look at me and smile.  They immediately started staring at each other with these very intense, serious looks.  Trust me when I say that both of them truly delight in giving me exactly what I want… particularly when it can be delivered with a hefty dose of wry humor or sarcasm. 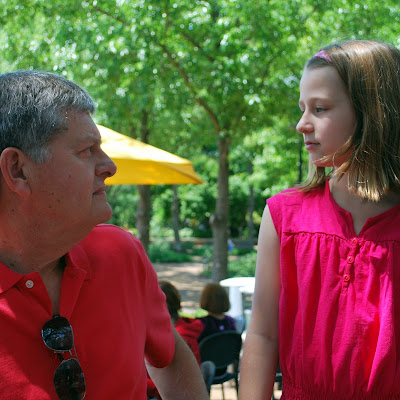 I told them it was too bad they didn’t love each other, and then the next moment it was this.  Two peas in a pod. 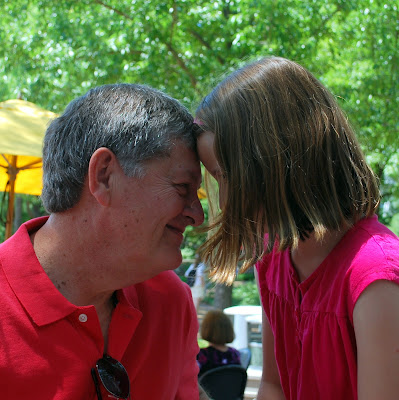 The other technique for happy photos?  Sno-cones and popcorn. 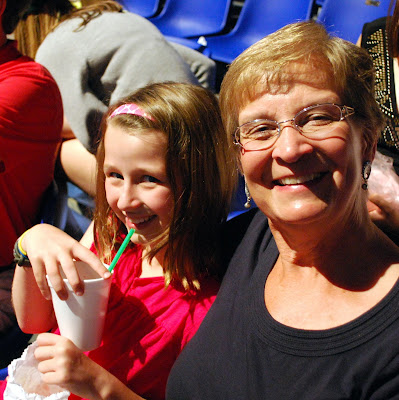 2 thoughts on “more on photographing the older child”