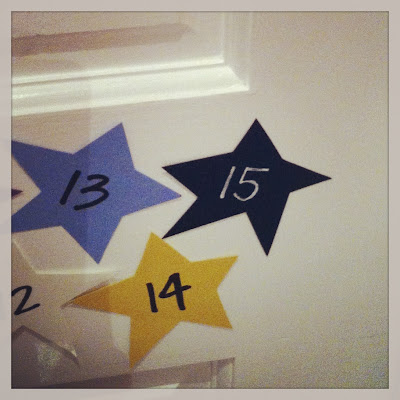 It took three times as long as fifteen nights, but she did it.  Last night she looked like a miniature Rocky, fist pumping the air, psyching herself up for fifteen.  “I can do it!  I can get fifteen!”  And then she did – no whining / fake crying, no stalling, no calling to go to the bathroom one more time.
So now it’s time to get the bed out of storage and into her room.  It’s her sister’s old bed (see below), but the hand-me-down aspect of the process doesn’t bother her one bit.  I think she thinks of it as a rite of passage.  The bed is the Cottage Bed from Charles P. Rogers and we’ll reuse the mattress and box spring as well as the white matelasse coverlet and pleated box spring cover that E used.  We got E’s old white bed rails back from my sister since her kids are done with them, and we’ll use those on either side for awhile until she’s used to edges. 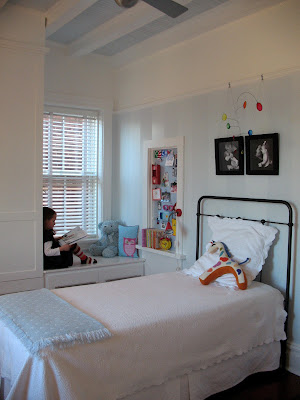 She’s got brand new/all-hers sheets though.  The sheets were a limited edition version of one of my favorite Snow and Graham papers – I have quite a few canisters around the house covered in this paper.  (See the one on the far right end?) 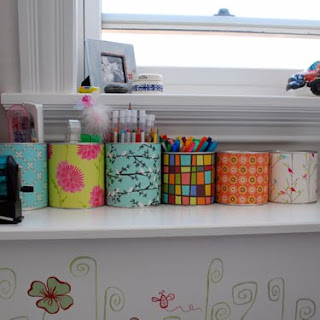 When I saw that Garnet Hill had commissioned sheets based on this design I had M’s mom snatch them up – this was several years ago, but I knew they wouldn’t be around for long, and they would look so great in her little birdie nursery with the gray walls.  I got them out the other night (when we were working towards star #13 – that was a tough one) and I encouraged her progress by declaring I was going to wash the sheets to get them ready. 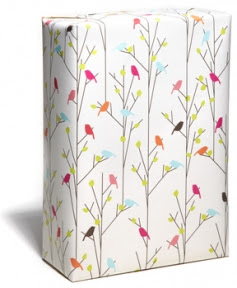 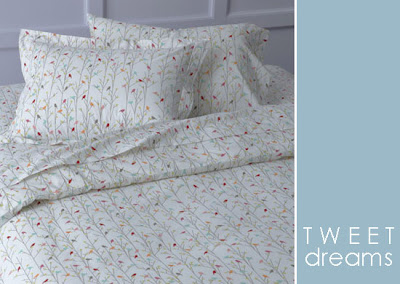 Once we have the bed set up we’ll take a look at the room and see if there is something that would look sweet next to the bed – a table or a chair – something small, but big enough to hold a stack of books and clip a light to.  Good thing someone we know has a birthday coming up…