This is not my first stress fracture. 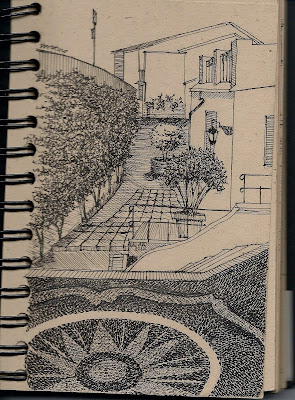 My first fracture happened sometime during the fall of 1996, although it would be several more weeks before anyone used the words osso rotto with me. The pain was intermittent at first, and it only made me cry once.  Once just happened to be at night, at the base of the Eiffel Tower, after walking with increasing difficulty from the Arc de Triomphe.  There are extra bonus points for once‘s that cause any tears in that city. Sitting for an extra day or two in Paris is not a chore, nor is renting a car and driving through the Loire Valley, and then onto Basel and Weil am Rhein and Munich. I got smart with my walking, alternating between strenuous hikes in the Alps and long afternoons-turned-evenings at a table on a somewhere sidewalk with a sketchbook and good cider, a great deal of both.
And then I returned on the overnight train to the cobblestone roads of my home, with my notebook and my head and my stomach smarter, heavier, happier, but still the same cheap sandals on my feet. 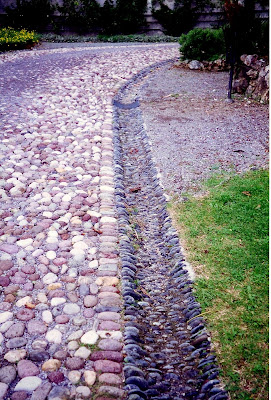 Before Paris, my friends and I often spent the weekends just south of our home, hiking ribbon thin paths along the rocky edges of the Mediterranean. 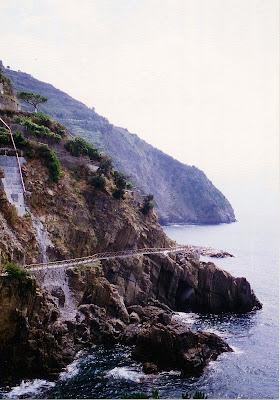 There were always six or eight of us in a line along those edges, and we’d stop for lunch in one town, and skip dinner in the next town, diving into the dark blue sea from tall, tall rocks instead. When the lights started coming on, we’d reluctantly dry off and venture onto a porch full of tables nearby and fill ours with orders that we almost always understood.  The surprises were always the best, which did not encourage proficiency in Italian among our tribe. Quale e’ la specialita’ della casa? That was the only phrase that really mattered, that, and the train schedule, although in a pinch the specialty of the house always won out over a ride home.
After Paris, I couldn’t imagine going here. 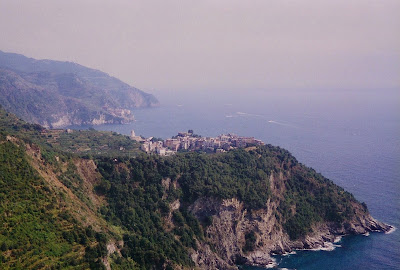 And that is what it will take to get a girl to venture into an Italian hospital and see a doctor.
I took our housekeeper with us because she spoke just enough English, and I spoke just enough Italian, that I figured I might be able to get my point across. Come to think of it, she really took me, since she had a car. (And crazy good parallel parking skills.) 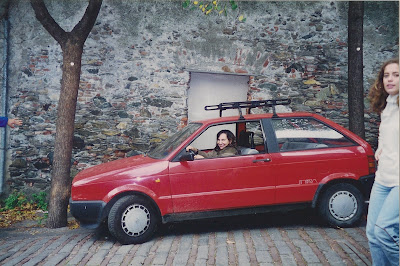 It’s been seventeen years now, and I don’t have any photographs from the adventure – those were print film days, so why waste one of twenty-four exposures on a hospital – but a simple search for hospital options in Genoa brings up an image that is very familiar. 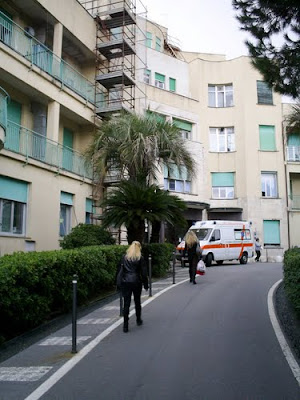 I remember feeling like I had stepped back in time when I entered, walking past a guard with a dog at his side. A dog in a hospital, how bizarre. I explained my symptoms as best I could, and then they led me into a room with a dated looking x-ray machine. The nurse pointed to the table and positioned my foot, and then walked over to the controls a few steps away.  I was without my translator at that point, and the next few moments were a hilarious mess as I tried to explain to the x-ray tech that I wanted a lead apron first.  I tried piombo, like with benzina – my best stab at lead was intertwined with the more familiar gasoline terminology. Grembiule got across apron, but the breakdown was with lead, and also with the fact that apparently neither the tech nor the patient typically request that sort of protection.  Finally a lightbulb went off, and the nurse left and returned with a heavy blanket that she sort of draped over me, toga-style.  I’m not sure if it was piombo, or just a decoy, but I felt better, and she snapped away, unprotected herself. 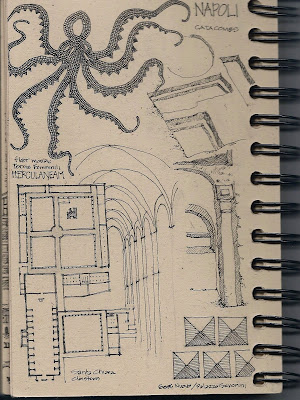 I saw the guard (and dog) stroll by my room a few times while I waited, and Andrina and I laughed about my shaky medical Italian. The doctor came in with a black and white image that he clipped to a yellowed light box before turning to me, confused.
When I asked you about you about your medical history, why did you not tell me about a previously broken bone?
He pointed to a clear line on the bone in the center of my foot where the fracture had occurred and then healed. That explained the tears in Paris, and why a few days of sitting and sketching (not the cider) had made things feel better, at least until the next hike.
I left with crutches and instructions to stay off of it for a few days.  By the next weekend I was at it again – this time in sensible tennis shoes. 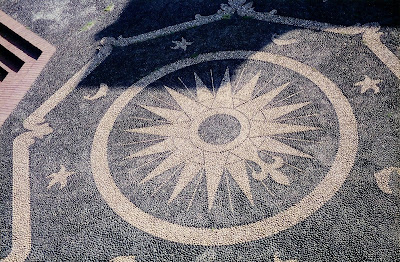 I threw the sandals in the trash. I mailed the x-ray to my parents. I saw the rest of Italy on better feet, but with a new appreciation (and a lot of drawings) of the roads and paths that I was walking on. 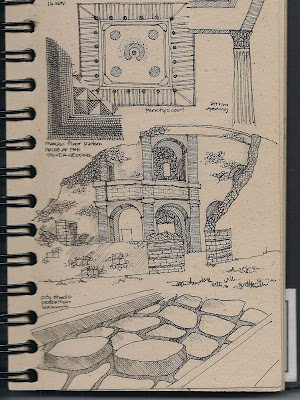