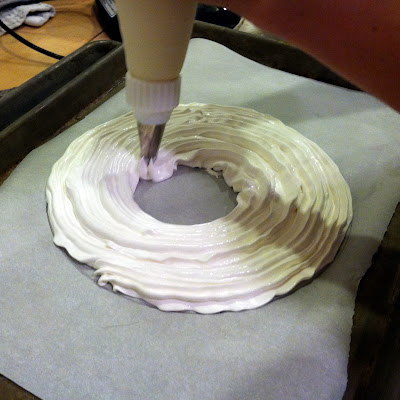 I spotted this recipe while lounging being completely lazy at M’s parents’ house a few weekends ago. It was featured in House Beautiful, and the photos looked so gorgeous. I mentioned this to M’s mom, and she insisted that I tear the recipe out of the magazine so I did. I knew I could find it on line, but I’m still a magazine tearer at heart.
If you feel the slightest inclination to make this then I strongly recommend that you do. It’s not hard, not at all. The ingredient list is short. I’ve got extra bourbon and chambord if you’d like to borrow some.
One tip that I have is to really watch the meringues as they cook, and stack them as far away from the heat source in your oven. No browning. Browning=bad. You cook them at low temps for 60-90 mins, then turn off the oven and leave them in overnight to dry out. 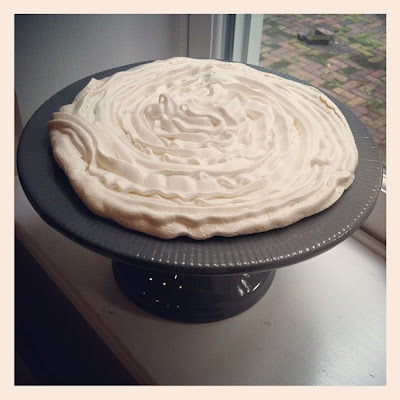 Stack and layer and stack and layer, and then say a silent prayer as you cut into it (with your biggest, baddest, sharpest knife. (I doubled the recipe, as suggested in the magazine, but not the online version – from two layers to four. Because if you’re going to go big, then really go big.) 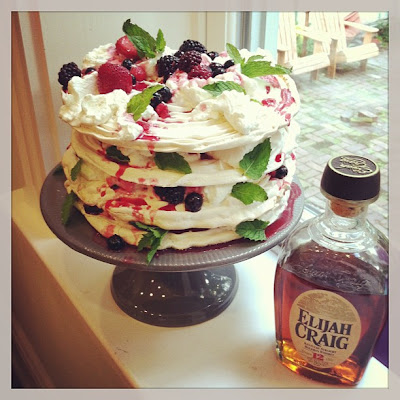 Also, invite more friends over. It makes so much, and it’s a shame to let a good thing go to waste. 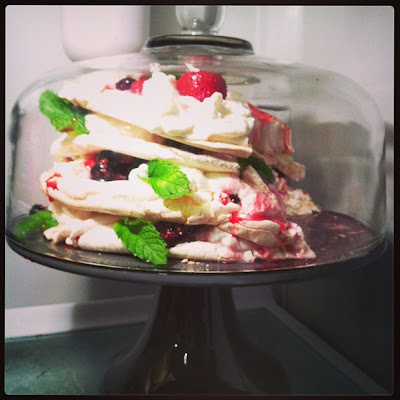 Interesting side note about the bourbon. Elijah Craig was the (sometimes disputed) inventor of bourbon. He was a Baptist preacher in Kentucky. My hometown, Georgetown, to be exact.