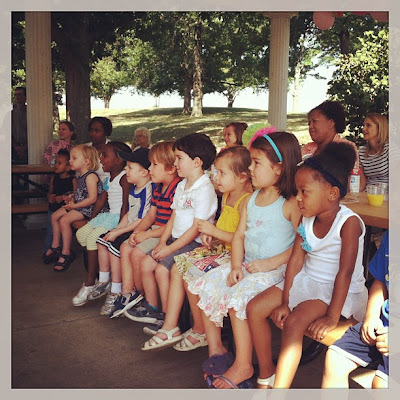 Saturday morning we headed over to a friend’s fourth birthday party. There was a gorgeous spread of food that everybody enjoyed. Then the magician showed up and half the kids sat down on the front to watch him (the other half stayed on the nearby playground). These kids are hard to trick – they were watching him like hawks. Then he started bringing out some pretty fantastic balloon sculptures. A certain someone I know yelled the loudest for the ladybug. 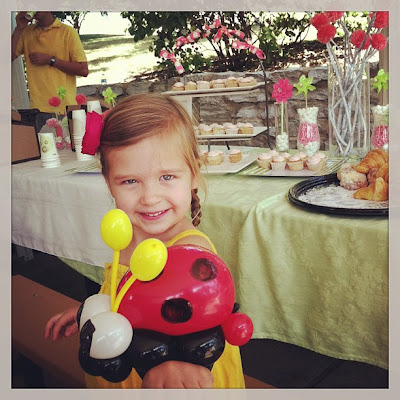 And lucky for us, the ladybug survived some serious afternoon car heat. Because, baby, it got HOT out there. I still stand by my opinion that it’s no fair complaining about August heat when it’s August. It’s supposed to be hot.
September is an entirely different story. 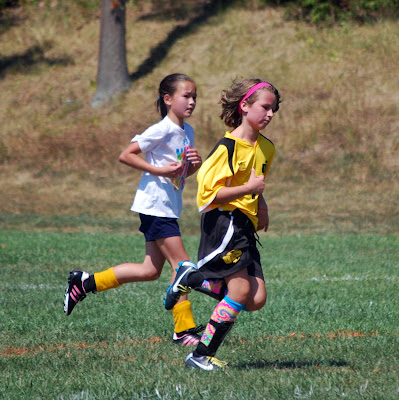 Yesterday’s 12:50 soccer game will go down (in my book) as the hottest game ever. No shade, one hundred bazillion percent humidity and no subs for breaks. The girls were beat… and beet red. Even the one not playing. I love summer – don’t get me wrong – but once soccer season starts, it’s time for fall. 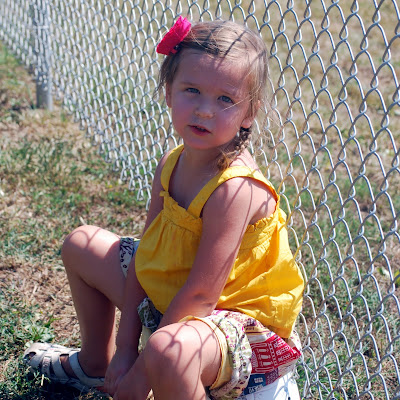