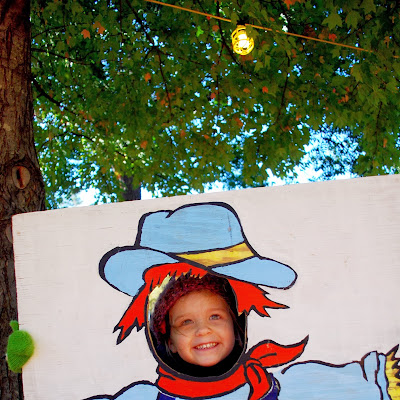 You didn’t think I would let October pass without some pumpkin pictures, did you? 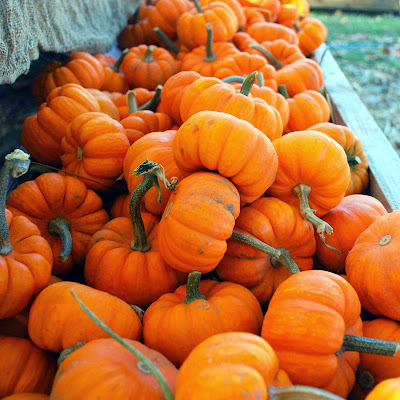 We didn’t make it out to the fields, but we did find some time on Saturday to visit a local church’s pumpkin patch. I showed up a little late to the affair, and when I got there, M was manning the camera, E was overseeing the selections… 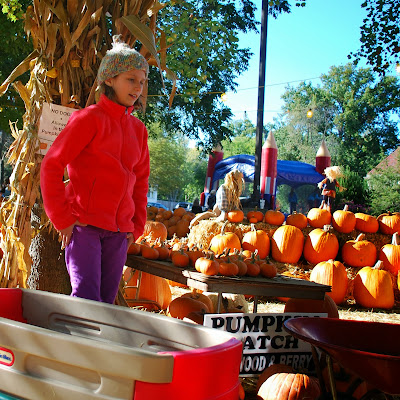 …and the little one was most certainly in charge. At first I thought she was just interested in steering an oversized wagon around the twisty straw paths. But then I realized that was just half of her mission. She was also carefully studying her choices. 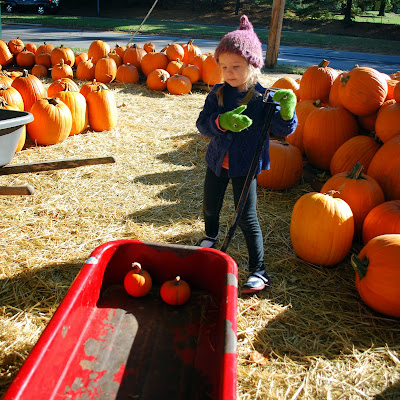 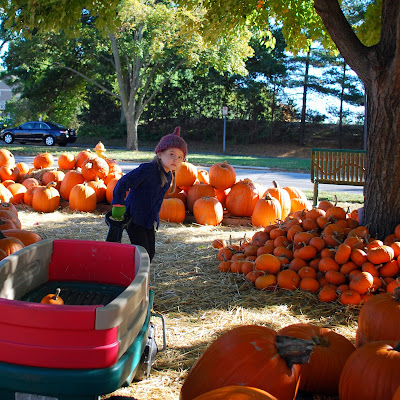 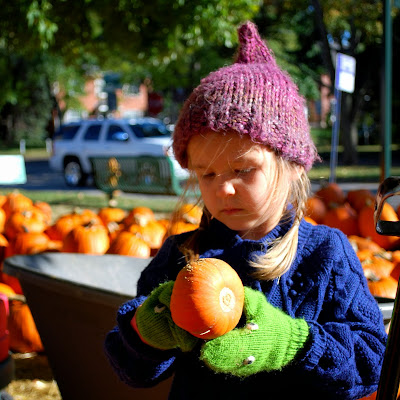 And, unlike me, when M has the camera he actually photographs people there – I just get sidetracked by flower blossoms and shadows and clouds like a camera ditz. My parents and M’s mom were all in town for the big Grandparents’ Breakfast at E’s school this morning – so we had a lot of fun all weekend leading up to the event. They are all used to seeing me with the camera – you know, ignoring them – so that would explain while we all look a little perplexed to be the actual subject in some of these pumpkin patch photos. 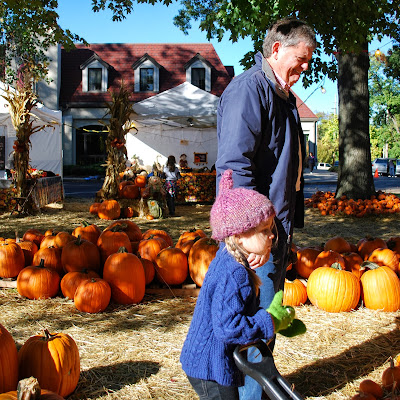 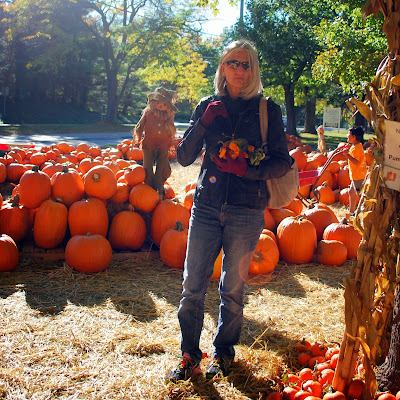 No one looks more perplexed than me – but see, I do exist. And occasionally I smile. 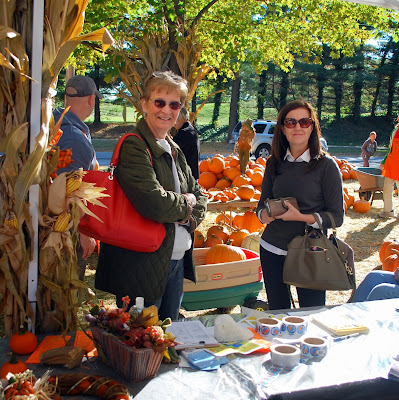 It’s easier to smile – even a slightly fake one – when you’re sticking your head into a plywood painted cutout – I kind of wished we had staged the whole family in a series of them. I always think of these things later, when it’s too late. 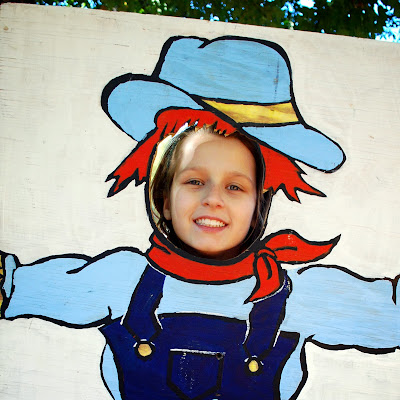 We got our pumpkins (the reason for the season) and then moved onto the real incentive to visit the pumpkin patch… the bouncy house. 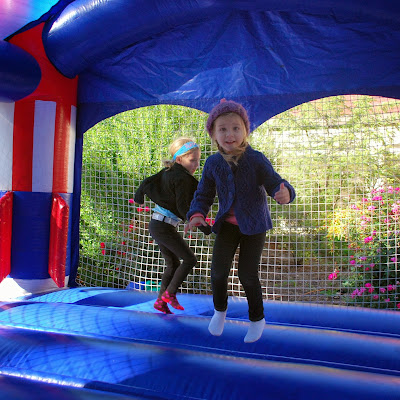 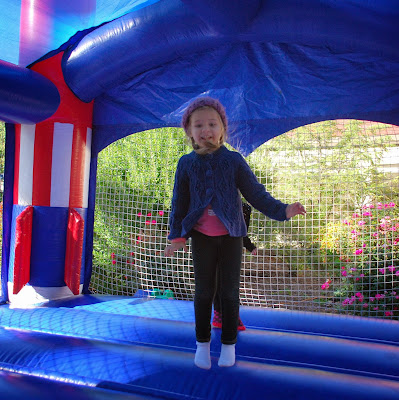 It must be October. Fuzzy sweaters, fuzzy hats and giant inflatables. Next up? Costumes.