i’ll give it to someone special, special

Posted on December 17, 2013 | 2 Comments
There is a distinct dividing line in my house when it comes to Christmas music. Three people in the house love it, and turn it on the radio the second it starts playing – you know, sometime just after Halloween. And then there’s me – I get slightly nauseous just listening to it playing throughout the stores. It’s not that I don’t like Christmas music in general – what I really don’t like is commercial-pop music that plays seven different songs on an endless loop. The songs get stuck in my head, and I find myself singing the refrain over and over and over again, and it’s maddening. I can make a conscious choice to turn it off in the car, but turning it off in my head is way tougher.
I’m not the only one experiencing this phenomena – but others in my house just embrace the endless repeat. This past weekend M decided to record what our house sounds like these days by quietly placing a camera on one of the stairs to capture F playing (and singing) in the back room. The video is a tad long, but if you can’t watch it all, then at least catch the last thirty seconds when she realizes that she’s not alone in the room. (And Dad tries to deflect the blame to me!)
If you are more like me, and find yourself needing to listen to music, but are unable to stomach the commercials and one more Mariah Carey song, then here’s what I’ve been listening to lately:
Heavy Rotation: Public Radio’s Songs of 2013
The mix features a very diverse range of music that was featured throughout the year – so there’s  a sprinkling of holiday music in there, but not so much it will make your head spin. It’s perfect for a weekend afternoon when the house is quiet and you have the space to sit down with a cup of coffee and a project at hand.
And it might just help you get those other lyrics out of your head. Maybe.

Posted on April 6, 2013 | 2 Comments
The kitchen has been blocked off a good portion of the day, and there seem to be three people hard at work in there.  They’ve also got the camera in there, so at least I’ll have some photographic evidence later.  I’ve been puttering around the house, inside and out, laying things out in possible wall hanging groupings and even doing some spray painting in the yard – not an an easy task on a breezy day. 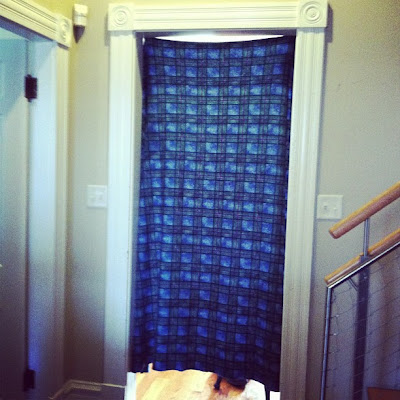 I think maybe that blanket is coming down sometime soon, but while I (patiently) wait, I’ve been browsing around in the old photo and video archives, tidying up a bit.  And then I remembered the video E and M made for my thirtieth birthday a good while back.  She’s just a teeny tiny little thing – I can’t believe she’s going to be ten this summer.  I can’t believe I’m so much older too.  Time marches on, doesn’t it?
Enjoy the flashback, blurry pictures, unfortunate hairstyles and all. 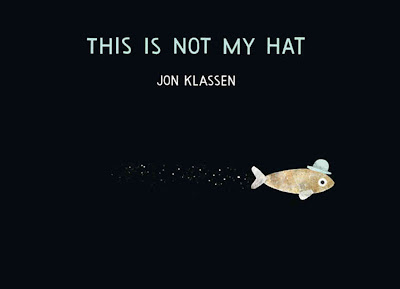 Big congrats to one of our very favorite book authors / illustrators – Jon Klassen.  He won the 2013 Caldecott for This Is Not My Hat – a house favorite that we’ve read twice just this week, and it’s only Wednesday.  Outside of Extra Yarn (my Klassen favorite for illustrations, authored by Max Barnett), This Is Not My Hat is my favorite all-Klassen.  I didn’t include it in our Klassen book review because we didn’t own it – we picked it up when it came out late last year and it quickly soared to the top of the pile.

This book is hilarious, and also, a life of crime never pays.  Next time you talk to my girls ask them about their favorite page.  It changes weekly.  But we can all agree that the crab-snitch is a clear contender.

And since I kind of buried the link to a video of another favorite in our house – I’ll embed the video of Oliver Jeffers discussing his process a bit (thanks again, Krista, for the sending it our way), and since I’m thinking about these sorts of things, I also think I’ll do a roundup of our favorite past Caldecott winners (including Sylvester and the Magic Pebble from this past Monday).