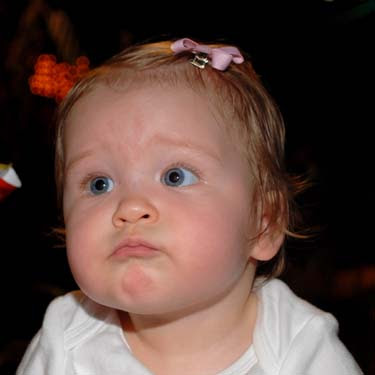 Some little cutie that we know had a rough time Friday night, and mid morning Saturday, after a long morning nap, woke up with a draining ear and a bad case of the grumpies.  Less than an hour later we knew we had two infected ears, one eardrum had perforated and the explanation behind the near constant drooling.  She rallied nicely for the circus, and is certainly on the mend.  But look at this face.  It hurts just to imagine this little one in pain.
…..
For all of our friends from all over the place running under the blazing sun in the Race for the Cure… nice job!  That pink ribbon in her hair was for you.