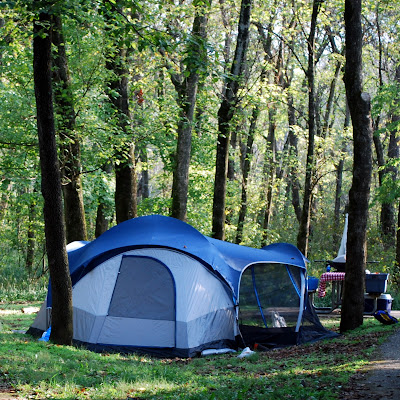 Home sweet home – there she is.
Granted, we’re batting a thousand on weather for our camping trips, but these late September / early October trips are really the best.  Warm during the day – at least warm enough for shorts and beaches and those brave enough for colder river waters – and then cool (but not freezing) at night.  Cool enough that the fire feels amazing to gather around, and the food is delicious, and the kids stumble off to sleeping bag beds, and the random wildlife that wanders by isn’t too threatening.
F took her bike this year.  We all did, but the bike that got the most use was this little rainbow bike.  Having ten older children whizzing around on their own bikes is all that this little one needed to go from zero momentum to full speed ahead.  And just like she can’t play without the constant dialogue of always, always talking to herself, her toys, her room, the air… she apparently can’t bike without singing or humming to herself.  The kids would squeal to a stop and move onto other things and she would continue on around the track, hardly noticing.  She watched her bike move, and the five or so feet in front of her, but nothing else.  So occasionally she’d miss the turn of the loop back to camp, and we’d look up to see her way up the road, heading towards the bath house, humming along, chatting to every camper along the way.  She made lots of new friends.  Pedaling home from the bath house on Saturday night, she passed campgrounds with fires blazing and she yelled out to each one of them “Good night!  And have a sleep tight!”  She pedaled right up to one older couple and told them about her new magic wand – a glowing wand that one of our friends brought for all the kids.  They were suitably impressed with its glowing skills and she waved it around a bit and then pointed dramatically to the sky.  “I magicked all those stars up there.  With this wand.”  They were even more impressed then.  “Good night!” she yelled again and pedaled onto the next fireside group. 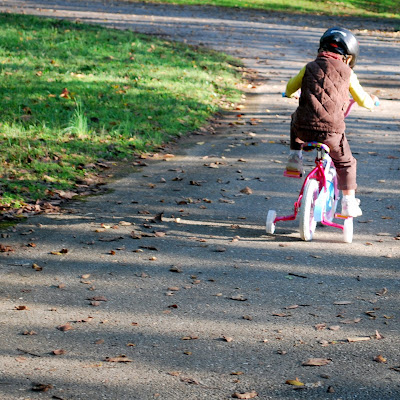 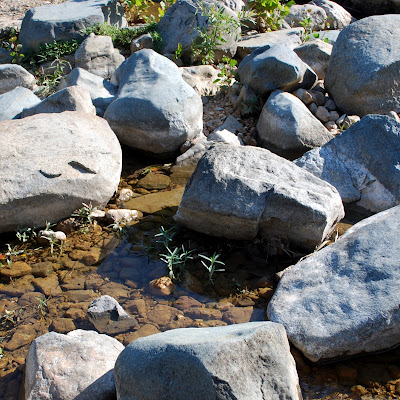 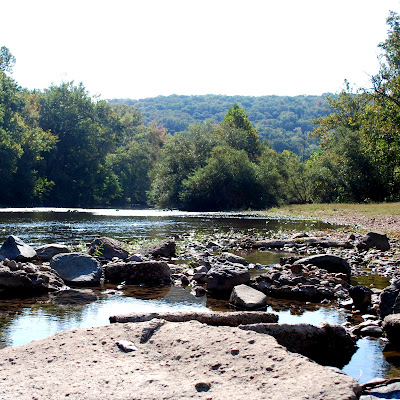 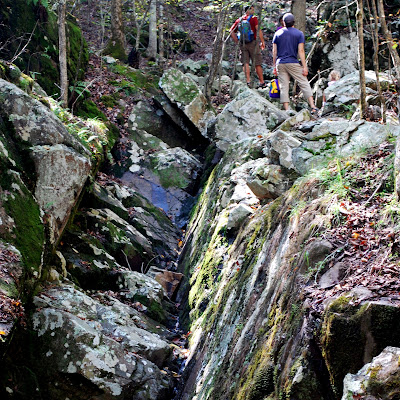 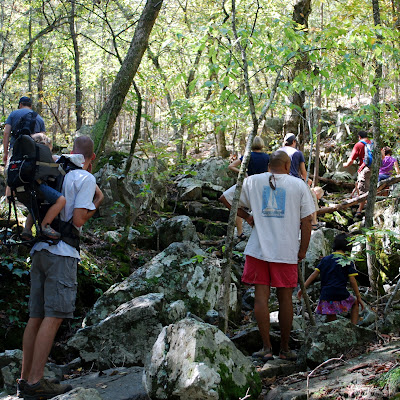 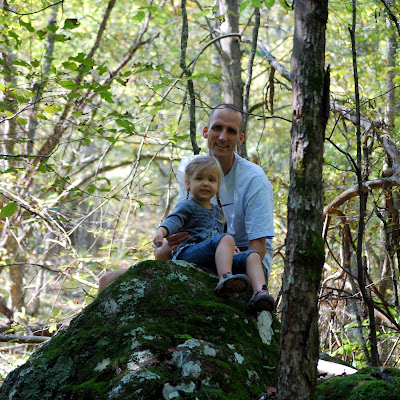 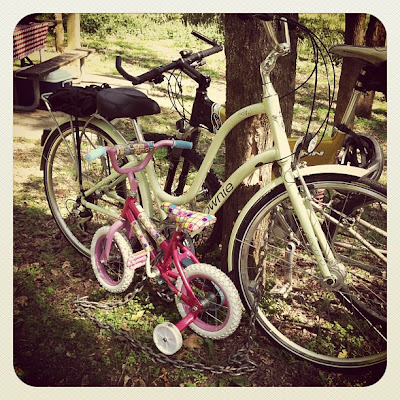 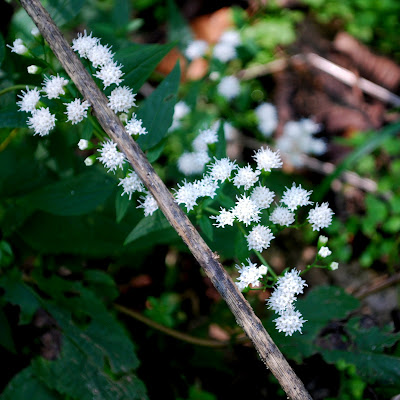 We did some hiking and some biking, lunching, and then some knot tying.  We learned about eight knots – but after each knot was billed as “The most important knot you can know.  The knot that will save your life.  The knot that will save your friend’s life.  The knot that will establish world peace.” we felt a little overwhelmed by the weight of our knot-knowledge, and headed out to the beach.  We found our own little island that only required a moderate amount of risk to reach.  No children were swept away in the current, and they spent the rest of the afternoon digging in the sand and the rocks, finding animals and zipping in and out of the faster moving water. 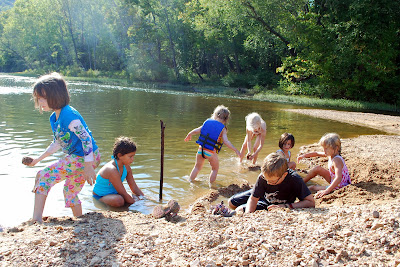 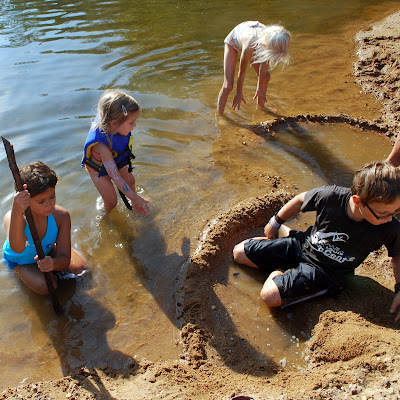 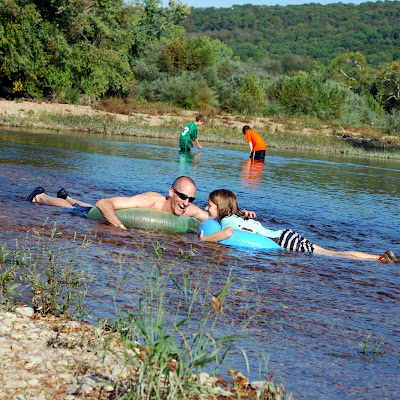 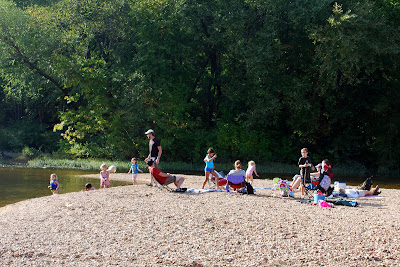 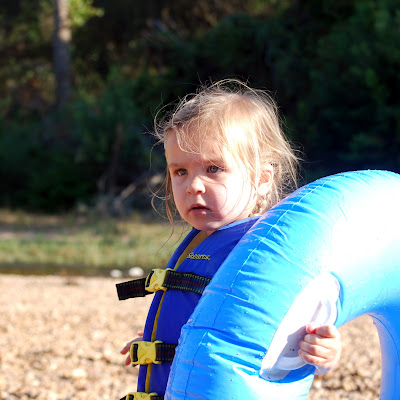 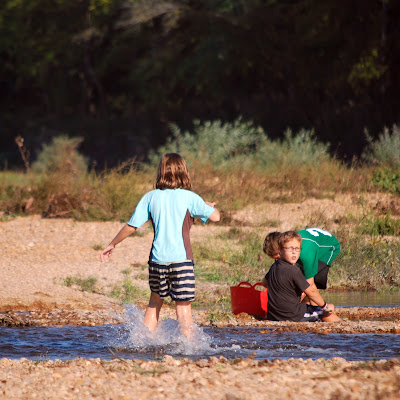 Saturday night we put together quite the shared feast.  There were twenty-two of us, and we feasted on chicken tikka masala (with some real heat) over rice, with naan, several amazing salads with homemade dressings, fruit and cheeses and crackers and then a ridiculous amount of desserts.  We could barely move afterwards.  It was so amazing. 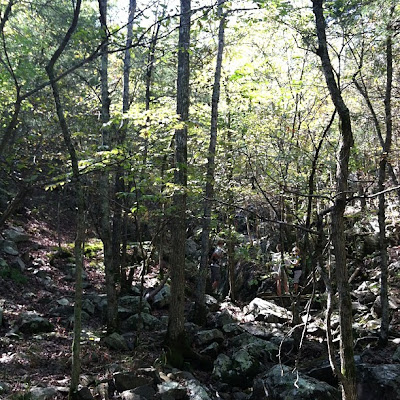 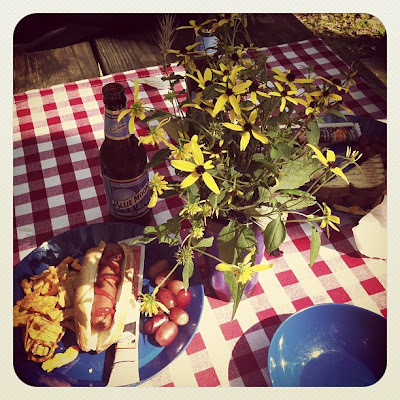 We were visited each night by skunks just after the sun set, but we managed to find the right balance of scaring them away without provoking retaliation.  Thank goodness.  Saturday night there was some galloping right beside our tents, and then the (very loud, very close) howling of a coyote.  That is quite the noise to wake up to.  Way, way in the distance you could hear the reply.  Perhaps it should have been scary, but it wasn’t really.  I guess when there are so many tents around the odds are pretty good they aren’t going to choose yours.  I was just glad the girls slept, and no one needed to run to the restroom.  I’m not too keen about facing skunks or coyotes armed with just a small child and a flashlight. 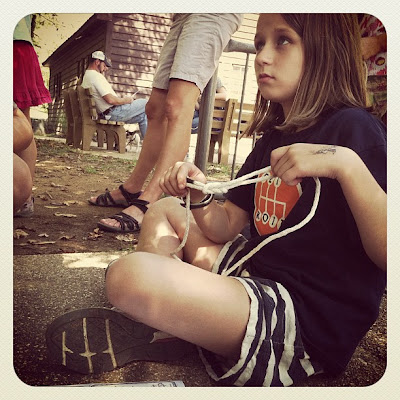 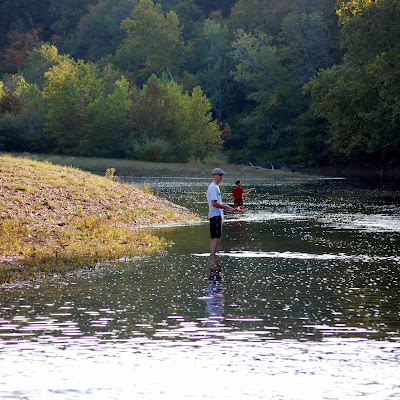 And then it was Sunday and we were packed and leaving.  The girls were out in a few moments and slept the entire way home.  My favorite photo is that last one of E crashed out in the back seat, with all of our bikes and camping gear in the back of the truck.  It was forty minutes outside of camp before we had cell phone service again, and I’m not going to say I missed it at all during the weekend.  The photos that I took on my phone slowly started appearing, and the service (and the traffic and the towns) started to increase.  And then we were home, back to our house and the laundry and a bucket of sandy shoes.  And showers, ah the showers. 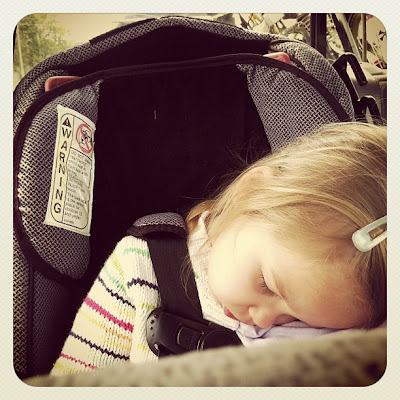 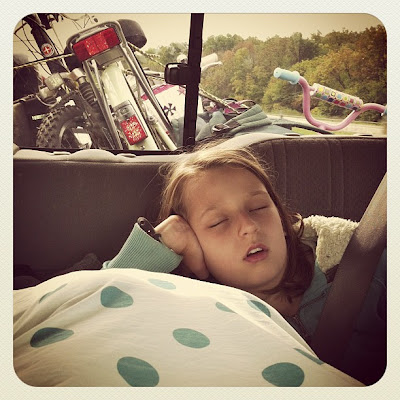