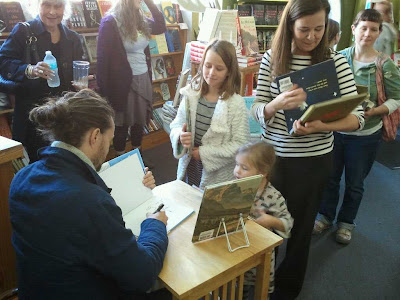 This past weekend was the book fair for E’s school – and as I’ve mentioned before, one of our favorite authors EVER was there to sign books.  We had nine books total – although a couple were for Christmas gifts.  The rest were ours.  It was only mildly embarrassing to clog up the line for so long like that.
That’s me (and E) grinning goofily while Mr. Jeffers drew pictures in our books.  E’s grinning because she’s digging the fact that one of her favorite illustrators is drawing in her books.  F is clutching hers in front of her, not sure if she’s going to relinquish it.  I’m grinning because I’m caught slightly off guard by the fact that Mr. Jeffers looks like a cross between Orlando Bloom and Colin Farrell, and with a nice accent to boot.  And he’s drawing pictures in our books.  I am a complete geek and I know it. 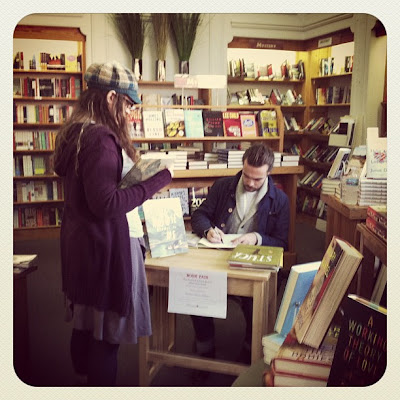 But seriously, this was awesome. 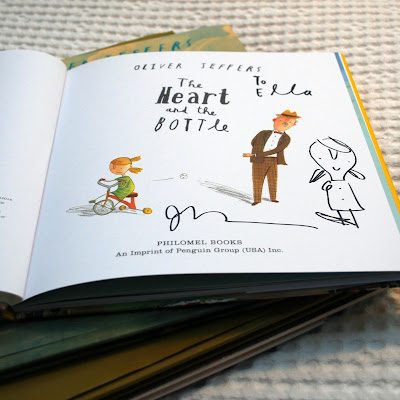 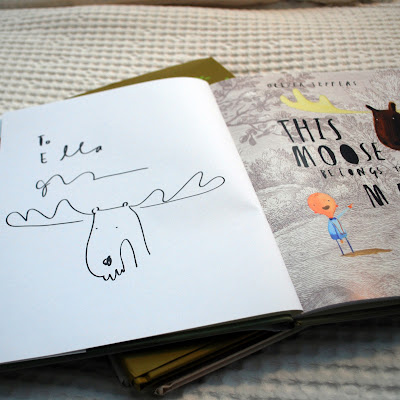 I even forgave him for spelling my name with an “e” first and now it’s a swoopy “i”. 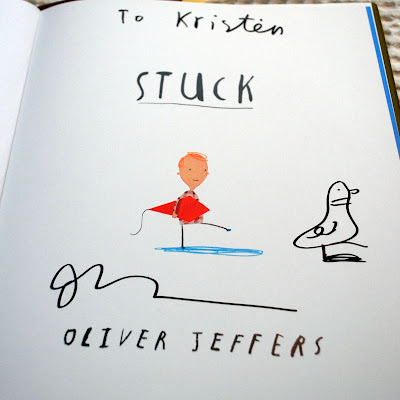 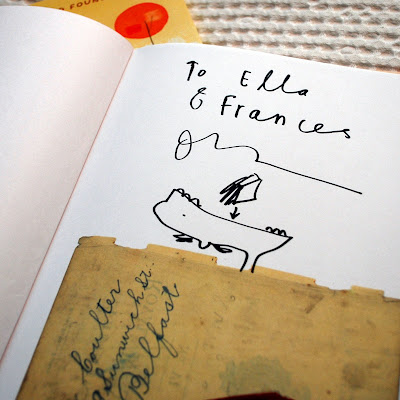 And poor penguin, trying to fly. 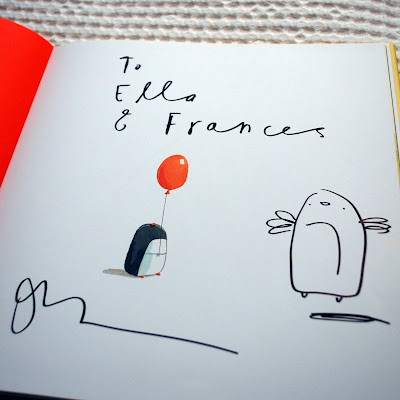 So I wanted to post some pictures of Mr. Jeffers – you know, without his head down, signing books. 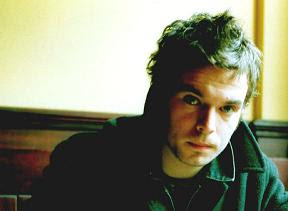 image via Amazon
Which had me hunting for links back to his website, and then I found another rabbit hole to jump down through for awhile.  This blog:

It features photographs of people in New York, at home, in the afternoon.  Actors, musicians, artists, poets, etc.  And of course, Oliver Jeffers (and his lovely wife, and his even lovelier Brooklyn apartment) were there.  Which just proves the hunch that my mother- and sister-in-law and I had last weekend – that most of the cool people around live in Brooklyn.  And yes – their places are fabulous.
So I went to New York, and then I met someone from New York back here, and now I’ve seen his place back there.  It’s a small, small world.

3 thoughts on “grab a conversational handle and hold on”