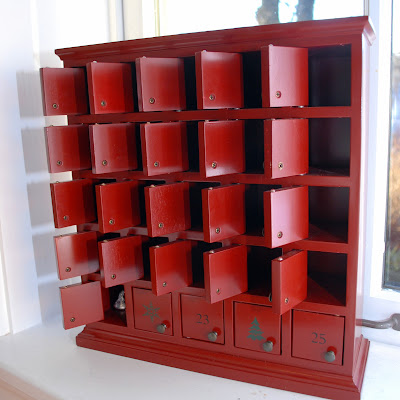 Sometimes I blog ahead, and then schedule the post for the next day or the following day.  I do this for a strange reason – I think because so many of my posts are written very late at night, and I have this weird feeling that someone will be fast asleep and their phone will beep with an annoying update in the middle of the night.  Like there’s a special warning sound that the words have hit the fan.  Or people will judge me by the late hours that I keep, which is probably quite obvious without the timestamp.
In looking at the December calendar and planning through the various aspects of advent and ready-making we’d be doing during the month, I knew that Friday would be the 21st, the winter solstice, the longest night.  And apparently – the last day we’d be on the planet.  So it seemed weird to waste the time to pre-write this post if no one but the aliens of a distant planet / solar system might eventually read it.  But I put my (non-existent) fears aside and wrote about this shortest day / longest night.
This is also my last regular post for the season.  Tomorrow I’ll post our holiday letter, and the out-of-town cards mailed Thursday and the in-town cards mailed today should be finding their way into mailboxes around the country on Saturday.  I’ve always loved the idea of mail – real mail – I love knowing that our friends in California and Minnesota and Florida and Maryland and Kentucky and Texas and Iowa all have a little thing in common in their mail on one day.  It was like the thing that surprised me the most about our wedding day.  I anticipated the excitement and the nervousness and the vows and the food and the dancing. But I hadn’t thought about what it would mean to look out and see four hundred faces from around the country, all celebrating with us.  Even though we spent several years of our dating and newly married lives traveling the country to attend others weddings – it’s still surreal to know that they will return the favor and celebrate your own.
We received this advent calendar from my parents years and years ago – maybe even E’s first or second Christmas.  For the first few years we scrambled to fill it up with little toys and trinkets – even though the boxes are oddly shaped and don’t hold a lot of things very well.  Sometimes we did matchbox cars, or erasers.  Some years we cut up sheets of stickers, or alternated between wrapped candies and holiday shaped marshmallows.  But they don’t really need extra candy in this season – either for breakfast or just before bed – and so we’ve started not filling them.  They may have thought it was a little strange at first, but it doesn’t seem to dampen their enthusiasm.  They negotiated odds and evens to determine the opener of the day, and they bound into the kitchen each morning and open yet another door closer to their favorite holiday.  The doors slowly open and the days shorten, night falling a bit earlier for each empty box.
And then it’s morning and I hear whooping and hollering from the other room.  Two shiny silver kisses sit in a very not-empty box, and it’s completely magic and totally unexpected – even for me.  (I think it was the dad-elf.)  I’m reminded of something (that I try to remind myself of frequently) – too much sometimes makes things not enough.  There is a tendency (this season in particular) to go overboard, and when overboard happens, nothing is spectacular.  It’s a reminder that very, very wonderful things can come in small packages, from simple places, in humble spaces.  Celebrating the work of the season, the waiting, the acts, is far richer in meaning and purpose than celebrating the things of the season. 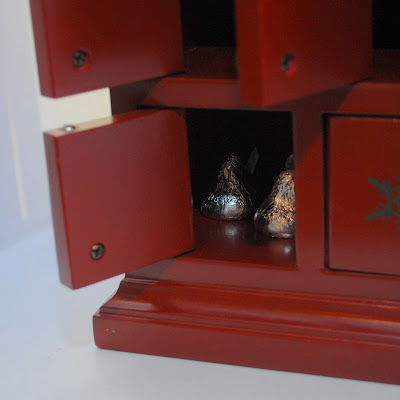 It’s okay to count down the days to, and prepare ourselves for, the season.  It is what we are called to do.  Just as we celebrate the little things, the surprises of the season.  There is a long night ahead of us, but we turn the corner tonight and move into the sun.  I love these long, dark nights of silence and preparation, but I love even more when the waiting is done and morning is at hand.
Happy Solstice to you all.