In this weird sort of twist of luck / happenstance, Saturday ended up being a really exciting day. On Thursday we found out through E’s school that there was a movie shooting scheduled for the Boys Club building across the street on Saturday, and they needed some school-aged extras. We got a copy of the movie description, and an email to respond to if interested. E was very interested.
They did several takes with a school bus, and then E was on that bus, and I was across the street watching this from a few feet away. 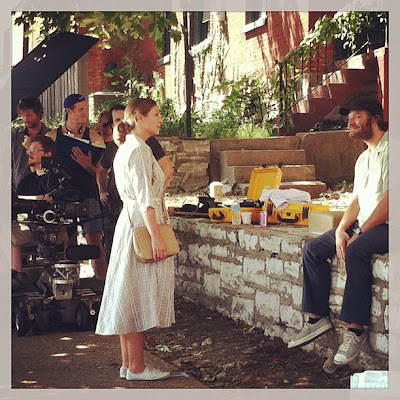 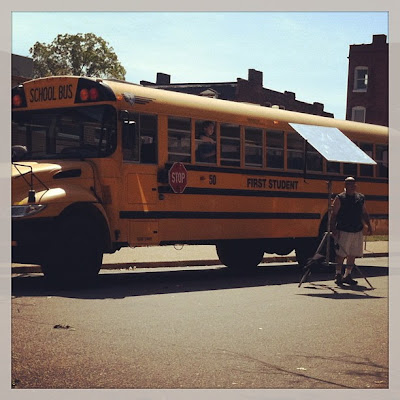 That would be Jay Ferguson, on the stone wall above – you might know him currently as Stan Rizzo on Mad Men. He looks so different with a beard – and he couldn’t be nicer, shooting hoops inside the gym with all the kids (and a few parents). Pretty awesome. 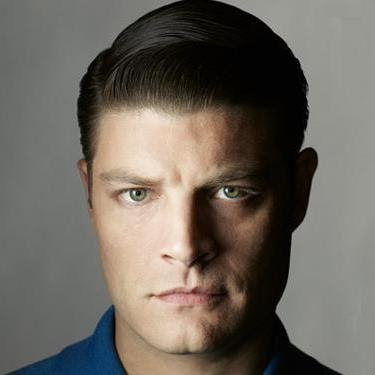 And, shall we go back awhile (if you are my age or older) and remember the Twin Peaks era? Anyone out there glad to see Sheryl Lee not wrapped up in plastic on the shore by the water? She is also incredibly nice, and so great with the kids. 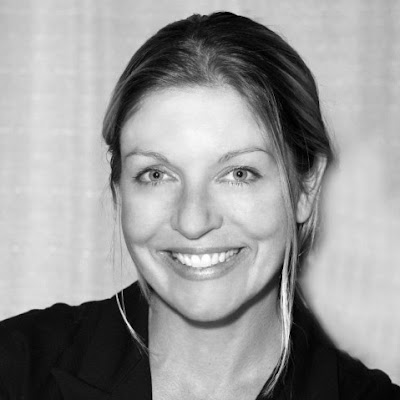 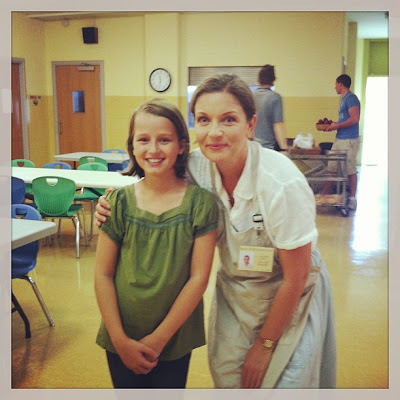 Grace Zibriskie was not on the set, but she’s also in the movie. I’ve loved her in so many roles, but most recently in Big Love. 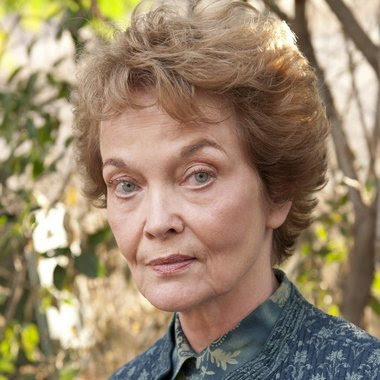 In the afternoon they set up and shot several takes in the cafeteria – Sheryl Lee’s character is a cafeteria lady in an elementary school. They did several takes with some kids filing in to get lunch, and then they rearranged things for a closer shot. Ella was in the window with the little girl that you see in the center of the window – that girl was an actual actress with lines in the scene. They selected five kids (including E) to be a part of the next scene – going through the lunch line and talking to the lunch lady about baked beans. At first I assumed that they were still filming from the cafeteria – like the long shots before. 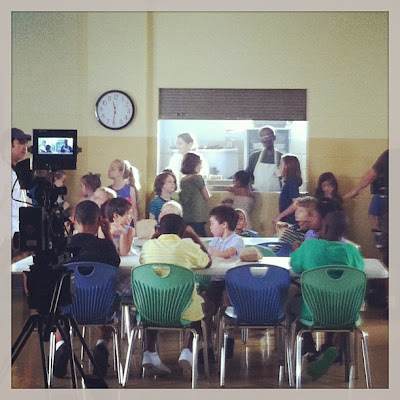 But then we noticed the big screen in front of the director, and realized that there was a camera in the kitchen as well – and the focus was on the kids in line. And that’s when I saw E, standing there, interacting over a lunch tray of baked beans. It was so ridiculously cool. 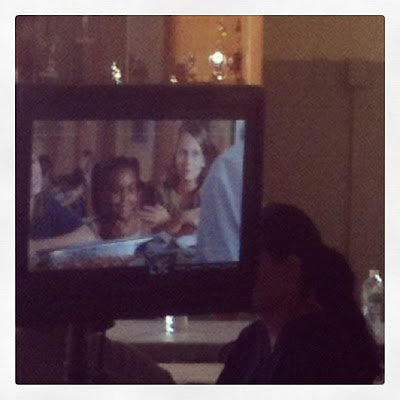 We were pretty giddy afterwards – the two of us – and we talked excitedly all the way home. She knows that there is a very real chance that after movie editing this scene might be cut entirely. But the cool part about it was – they ended up going off script entirely. The director and crew were so excited about what they were seeing on the camera, and the interactions between the kids and Sheryl Lee that they talked about taking this scene in a different direction. They shot it multiple times, and really let the kids shine. There’s a little boy at the end of the line that requests ten scoops of beans, and Lee laughs and does it – until they topple over the side of the bowl. Her character in the movie has given up on her dream to be a school teacher, and has settled into the roll of cafeteria worker. Her disdain for the beans – the lunch process in general – is obvious, but even more obvious is her real gift with children. It was really interesting to understand so much about her character from just watching this small scene.
E will get her name listed in the credits, and we laughed all through dinner about what she might be called:
Baked Bean Girl 2
Tall Cafeteria Girl (she was by far the tallest)
Girl in the Lunchroom Line with a dimple
Right Elbow Lunchgirl (if they crop her mostly out of the scene!)
Regardless if she makes it into the final cut or not, it was such a fun experience for her – and for me, who got to be a little starstruck for the day. I was so proud of her, and even if I never see that face on a giant screen (which is okay, because I honestly think I would cry like a baby in the theater), I’ll still have this shot of her, talking and laughing about school lunches and baked beans.
…..
If you are local, the movie is titled The Makings of You, and it is set and filmed in the older parts of this city. Jay Ferguson’s character has inherited a consignment shop of his parents, and has an extensive record collection, and the whole movie is shot with this sort of vintage / timeless look. I can’t wait to see all the places they film around town, and maybe, just maybe – one favorite girl of mine.

3 thoughts on “scenes from a saturday”