This past weekend we packed the family up and went out searching for some Father’s Day adventures.  One of those adventures was a ZipLine excursion – and M and E geared up for it Saturday morning. 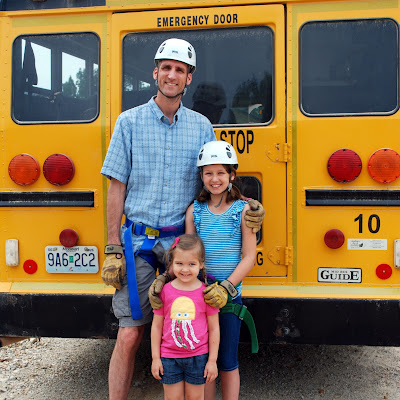 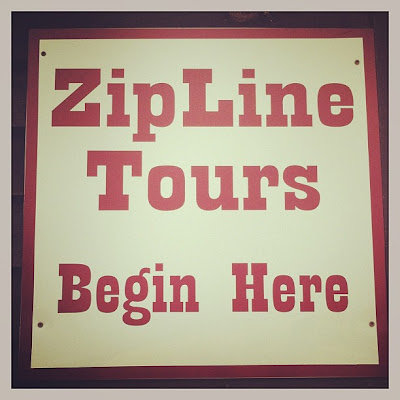 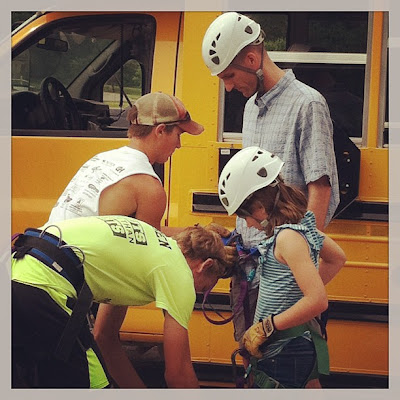 After a quick test run to make sure everyone knew how to properly brake, how not to dislocate their shoulder in the process of braking, and (I’m guessing) had a quick check to make sure everything was attached correctly while they were trying it out about four feet above the ground, they headed up the hills in a little yellow school bus. 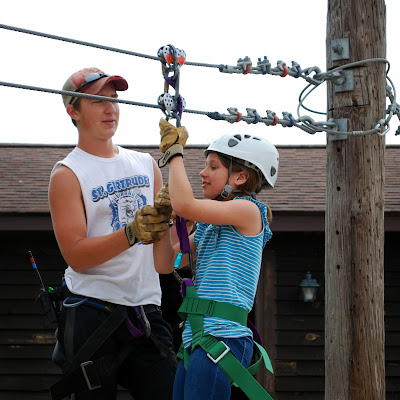 M took this shot of E on the first run of four.  She was right at the minimum seventy pound limit, probably a little under, so she had a little less zip in her line, but she still really enjoyed it – just no braking necessary. 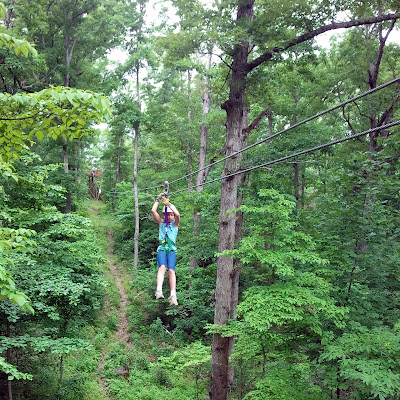 Forty minutes later, F and I were waiting a fair distance from the bottom of the last run, but we got some good shots of the two of them with my zoom lens. 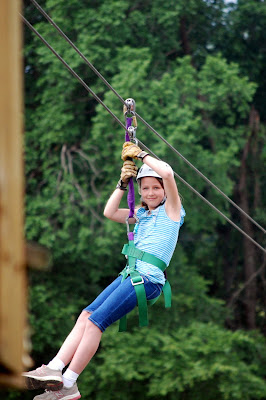 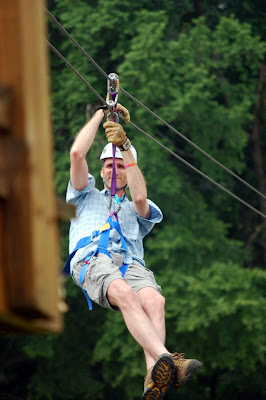 All the other adults coasted easily onto the final platform, but the lightweight started slowing down just over the water.  One of the guides started to get hooked up to the other wire to go out and rescue her, but she just flipped around and pulled herself in, hand over hand.  See?  Studying the circus arts can give you real world skills! 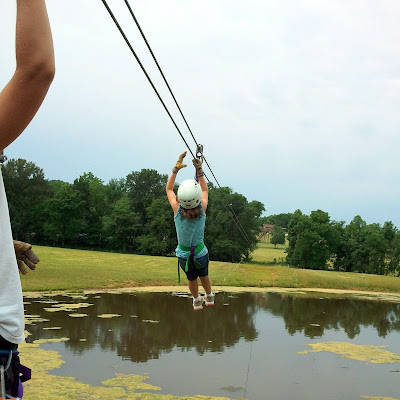 While they were careening from one tower to the next, F and I were left to our own devices.  Luckily there was a small playground across from the zip line training area, so she kept climbing the rock wall to the top of the tower, sliding down the slide, and climbing again.  After scaling the rocks three or four times I commented to her that she must really like rock climbing.  She turned to me with a straight face and shrugged.  “It’s not a zip line,” she said, and turned back to her rope. 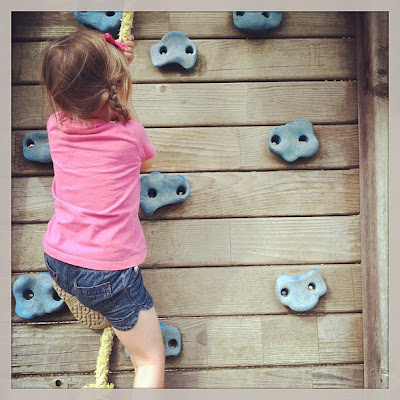 I took this picture the next day of M and the girls – on Father’s Day.  He tells me everyday how lucky we are.  A lot of times he tells me this just after a particularly exasperating moment with one or both of them.  We roll our eyes skyward and take a deep breath and wonder for the eighty-second time what we’ve gotten ourselves into, and then he says we’re lucky.  We may work at it and for it, but in the end we’re just plain lucky to have these two.  And even luckier that we have him. 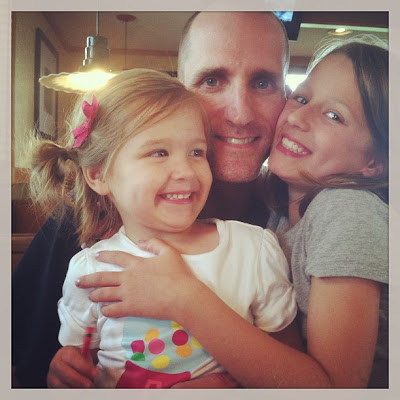