I started running maybe six weeks ago.  It was one of those kind of rash decisions, that maybe wasn’t so rash.  I’ve been struggling to find a way to stretch my bones this year, but nothing was really working into my schedule and taking hold.  Because M and I both work full time (and usually more than full time), and because we have kids in school and do our best to make sure they aren’t in the care of others for ridiculous amounts of time each day, we trade off a lot.  M gets up very early in the morning and I wrangle the kids off to school.  I work a bit later, and M gathers them up from various schools / clubs / sports practices.  So morning exercise is out for me – unless I want to get up and moving and out the door before five am (no thank you), and the evenings are tough as well because it’s dinnertime and (now) it’s dark, and our evenings are the only time mid-week when we are all four together.  After dinner it’s homework and violin and baths and books and bedtime, and once that’s all done it’s really, really hard to get the motivation to leave again and head to the gym.

I did some workouts at home that were a lot of fun, but we’ve moved things around in the house, and they were TV screen based, and now the TV resides in a much smaller room.  The summer was easier with the longer daylight hours, and once fall rolled around I did get a morning walk in with the girls as we took E to school.  That seemed like it should work in theory, but it was such a hot August / September / October that the twenty block brisk walk (half of it solidly uphill) while pushing a heavy jogging stroller with a three-year-old meant that I was too sweaty to do it in work clothes, and coming in, de-sweating, changing and getting back out the door for a second time was a real pain in the rear.  And I was getting to work late.  Constantly.

So here’s what wasn’t working:  Time, daylight, intensity of workout, stress release (meaning:  a workout without children, not while pushing them (whining) in a stroller).

What could I change?
Time:  Change clothes at work and hit the park on the way home which means not having to get back out again.  Also – I make sure to get out of the office right at 5 on those days, so even with the workout I’m home by 6.  I don’t think anyone at home really notices too much.  Usually I would be wrapping up in the office a little later and then hitting more traffic, so this schedule seems to be working out okay.

Daylight:  Can’t do much about that one, but this particular park is surrounded by houses and everyone is arriving home around then and walking the dog so it’s pretty busy and populated with other bodies.  It’s also well lit and there are lots of cars driving by, so it’s not too worrisome to be exercising in the dark.

Intensity of workout:  I am such a lover of walking – especially walking fast – but I had to finally concede that I no longer have the time to walk 5 miles (which used to take me about an hour).  I thought I’d try running – something I haven’t done since high school.  I use a training app, and that really helps.  I like having personal goals for each run, and I also like the pace of ramping up.  I went from barely being able to run a mile without getting winded to now running three miles, plus another mile walking during warm up and cool down, in around 32 minutes.  That’s way more productive than walking was.  I’ve been doing it every other day and by the second day I’m ready to do it again.  I think I’ve caught the bug. 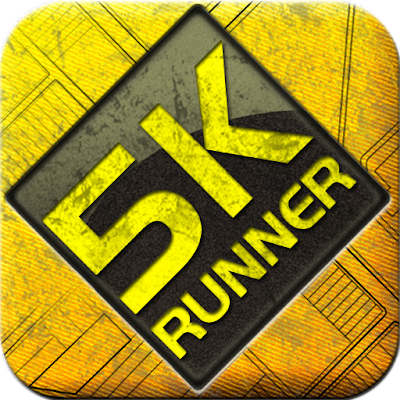 Stress relief:  It’s working.  There is a definite wall in each workout as I think I’m hitting the previous milestone and then surpassing it – and when I do, it feels amazing.  I get back into the car and feel pretty awesome all the way home.  A little sore, but still awesome.
So – let’s add a fifth thing into the mix.  The weather.

It’s been really mild until now.  Today’s high is 34.  It’s a cold stiff breeze out there, and we just may be done with the 50’s and 60’s we’ve been having in the evenings up until now.  Now is the real test – where we separate the men from the boys.  Here goes nothing.

2 thoughts on “day ten: separating the men from the boys”