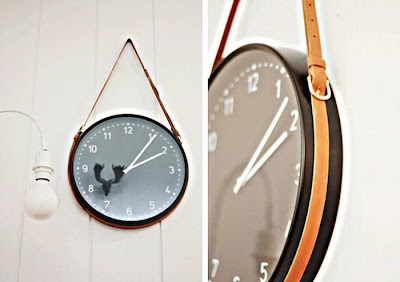 Do you follow me on Pinterest?  Because if you do, then I’m sorry that I’m so boring.  I don’t pin very much, and I don’t look at it too often.  I think I’m more of an absorber of images rather than a pinner.  I see things that I like and they slowly form some sort of jumbled mosaic in my head and occasionally regurgitate themselves back out in the form of a project.
There was one post on Remodelista that I saw that struck a chord and it was this clock.  I was thinking about clocks and I liked this one, particularly the fact that I could do this myself.  I was positive that I had blogged about it. 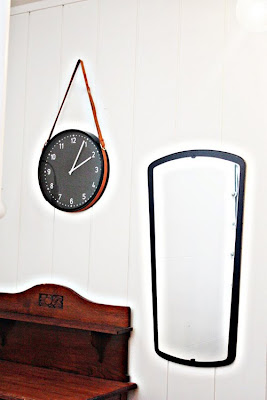 clock images via Remodelista
I tucked the idea away in my head for several months, and then in November, while passing through Atlanta, we stopped at IKEA where I purchased the clock.  And now it’s January and I’m thinking about clocks again and I remember to put “leather belt” on my Target list. 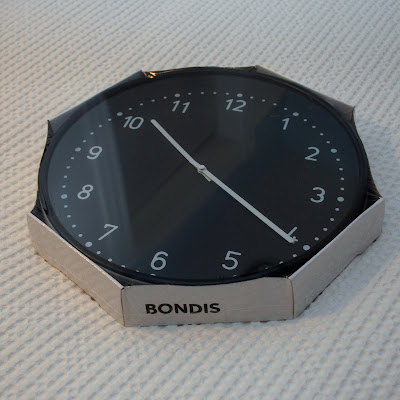 I run a slew of very productive errands this afternoon with E, and we arrive at Target at almost five o’clock, and we still have to go to the grocery.  I grab vitamins and shampoo, and put blinders on as I pass all the clearance items on the ends of each aisle.  After failing to see any mens belts, I finally find an employee who shows me the display on the back wall of the store.  They all look really short to me – even the XL for 44″-48″ waists.  I pick the longest one, but then I remember that I should look at the image on my blog – the one from half a year ago – and I start searching on my phone while standing somewhere between the boxers and the briefs.  I’m not finding anything at all, so I decide to go with the biggest one and hold onto the receipt. 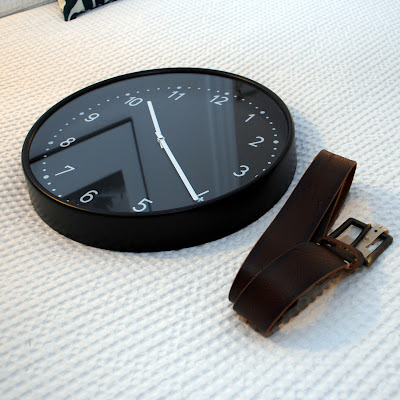 And guess what?  It’s too small.  Just as I’m thinking I’ll have to return it and then hunt down a Big and Tall store somewhere, I remember that photo wasn’t on my blog – it was on my Pinterest page!  And so my virtual bulletin board of creative inspiration wasn’t much help when I forgot where I hung it up.  Ah, virtual-image-linky-followy-bloggy-posty-likey world.  I just can’t keep up with you. 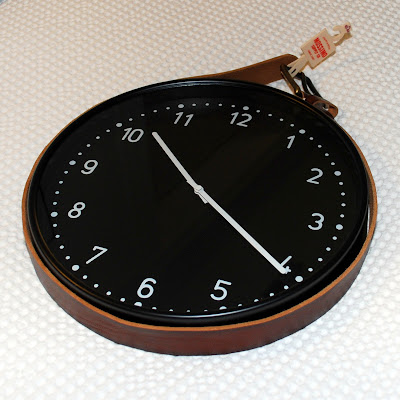 I look at it again and see that it’s TWO belts, and they are skinny, and so those super-duper clearance-y ladies belts I willed myself past today at the front of the store would have been perfect.  I bet tomorrow they are gone.