I was reading an interesting discussion this past week about navigating boundaries between private lives and online living. Then I read a second article about how we sometimes use social media to craft an online persona that may or may not accurately reflect the person we are in real day to day life. A third article talked about the evolution of blogging, particularly as blogging became a legitimate way to earn some additional income, and occasionally (for a tiny percentage of the blogosphere) to earn something of a living by doing it. Reading them all (and the ensuing discussions) I thought about names. In fact, I’ve been thinking about names a lot lately.
…..
It’s the sixth inning of Game Four of the World Series. The teams are playing in town, close enough to our house that we can hear the fireworks go off when a run is scored. They don’t go off for the opposing team however, so there were no booms accompanying that three run homer they just scored – just the sound of three sighs on the second floor as the dynamic of the game suddenly shifted. A few minutes before, in the middle of the inning, the players and coaching staffs took the field holding signs that said “I stand up for…” Camera operators, fans, hot dog vendors, sportscasters… They all held up signs with names scribbled in black and blue magic markers. Earlier in the game, a giant, oversized credit card with four million dollars embossed on the front was displayed as a pledge of funding dollars for cancer research. Seeing the tens of thousands of people standing there with cards – all those names – it was almost too much tonight. I say one name, over and over and over again, and it catches in my throat each time. 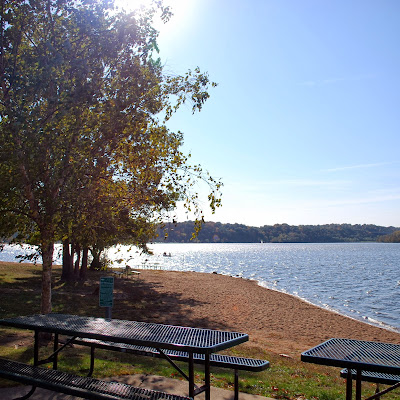 It’s Saturday morning and we’re running late. The drive is longer than we thought, but when we arrive we haven’t missed too much yet. There are small clusters of people huddling together to ward off the stiff morning breezes from the lake. The sun is out, but it’s not cutting the chill much. I sign us in, and pay our registration fees, then walk over to find a sunny spot with our friends. A few minutes later the speakers start, welcoming us to this walk, discussing the mission of the organization and thanking us for our participation in this fundraiser. It feels relaxed and comfortable, like a Saturday morning should be, minus the wind. Everyone is smiling, drinking coffee and milling around; then it’s there – they separate us into two groups with a question and the crowd is silent. Families move from within the crowd and take a white balloon. They stand close together, and tears run down their cheeks behind their sunglasses. No names are spoken, just white balloons that are released into the wind. A few catch in the branches of a nearby tree, and there is some nervous laughter. Within a few seconds the wind has pulled them free, and the metaphor does not escape me. I cannot catch my breath or take my eyes off the parents. How can they be here, supporting a cure that is already too late? 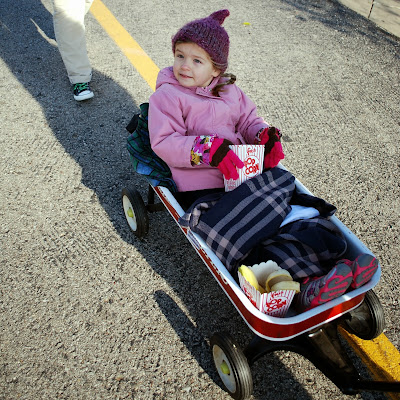 We first ventured into the online blogging world over thirteen years ago, although I don’t ever remember the word blog being used. It was an old web hosting service, Geocities, and we started it in 2000 when we first bought our house to document our renovation process. Accessing and updating the site got trickier and trickier over time, and eventually it was phased out. I missed having that online journal of our work though, and in 2007 I started a new site here. I took the previous information from the website about our house and organized them into nine slideshows that covered particular periods of the process and included stories and photographs.
I didn’t include the photos and stories of E until that point – the first four years of her life. I wasn’t sure how much information I wanted to share with the world, and so I switched every privacy option available to on – turning off search options and sharing the link to the blog address with only family and close friends. I made the decision to not type in our names, and I asked the few earlier commenters to do the same. Soon enough my girls will have their own online personas, but, for now at least, a google search of their names draws a blank slate that they will personalize on their own terms someday. Over time I eased up on my early paranoid controls and occasionally allowed links to my own writing in notes and comments with others. You can now search for the name of my blog and find it easily.
In those early days I read Jim and Heather and Hilary and Alicia and Amy and Ben and Molly every day; online journals about regular lives not so different from my own. It would be a few years before I’d become interested in blogs with a certain design slant -architecture, home renovation, paper artists, photographers, sculptors, textile designers, quilters, and then food writers and and book lovers. The big sites seemed to get bigger, the ads creeped in and the voices started to merge. I find myself pulling back more and more from the big ones, appreciating the voices of the smaller ones. I call many of them friends now, and I’m grateful for their presence in my life. It makes me think about names, and I wonder about the blurring of lines between my own private and online persona. Am I guarding too much, or too little? We call our friends by names for a reason.
….. 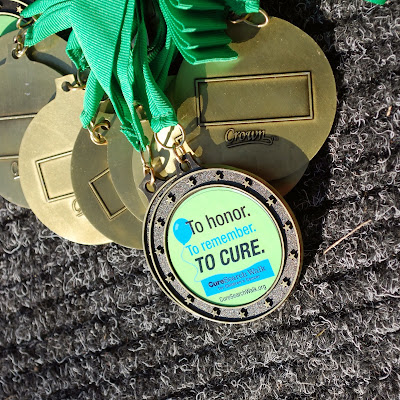 The second group of the morning was invited forward to speak names into a microphone and receive medals around their necks. Their families and friends cheered, but the white balloons were still there. I shifted my attention to this new group of parents and wondered how the balloons had affected them. Everyone had shirts with names on them; so did we. We need to name them, to call their names from a list, to rally a team around a name, to lift a specific name up in prayer. Names were everywhere, except on those balloons. I wished they had been named. I wish I had asked at least one parent there for the name they had released into the sky.
….. 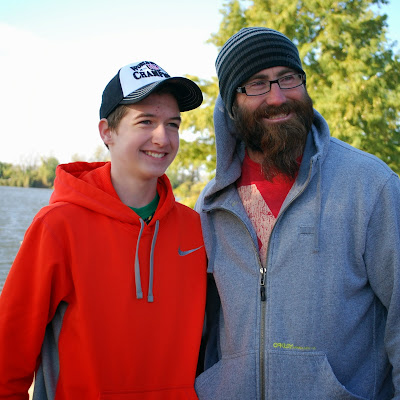 It’s October here, and you feel it in the air and in the city. Everyone is wearing red, everyone is talking baseball. We rush through the events of the afternoon with an eye on the clock. By seven we’re all home, in front of the TV. On Saturday morning, Cardinals pitcher Jason Motte was standing at the microphone, thanking the participants in the walk for their support, and talking about the importance of funding research – something he does with his own foundation. After the ceremony, I was talking to his wife and meeting his baby daughter, bundled up in a stroller against the cold. I asked her name, and her mom told me. Jason chimed in that it was his grandmother’s name. We laughed and M said it was his grandmother’s name as well – and, pointing at the little one – her first name. I asked the baby’s middle name, and couldn’t believe it when they said E’s first name – another grandmother – just like us. We talked about names for a minute, about sounding them out one way or another, calling our children by their first name or their middle, finally settling on an order that sounds right. Discovering that as soon as they are born how quickly they assume that name, and how permanently etched upon our hearts that name is. I thanked them again for their support of this cause and we started to walk.
…..
Thinking about names a lot this week, and lifting up a beautiful one. 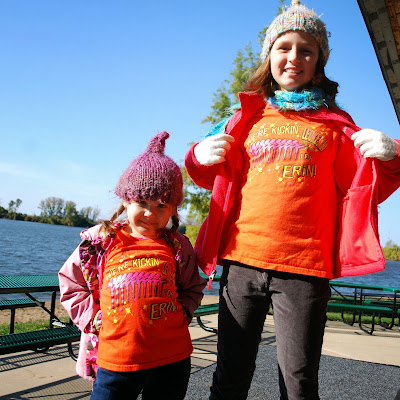