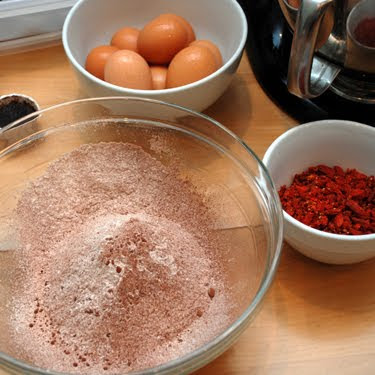 The last few days have been a complete whirlwind and it’s 4:30 in the afternoon on Saturday and I’m just starting to catch my breath. The firm that I work for (and have just returned to after maternity leave) is celebrating its five year anniversary, and the completion earlier this year of a new office building in a fully restored, beautiful old building. Last night we hosted an open house at the building, and everyone in our firm contributed an amazing amount of work towards the event from the invitation designing and visual media and music to the absolutely incredible spread of food and drink. Even E donated her pumpkin which held open the front door so that the smell of the fire pit burning at the entrance wafted into the space. It was a really crisp fall evening and everyone seemed to enjoy the party immensely. I offered to do desserts and so much of my week this week was devoted to shopping and then testing and then baking and then icing and then transporting three trunk loads of these tiny little goodies. Five hundred, give or take a few eaten along the way. All the recipes were from one of my favorite blogs Cupcake Bakeshop, which was on hiatus for awhile but is back in business. The cupcakes were baked in Wilton’s Nut and Party mini cups, which I think look great and also allow the baking of forty at a time on a large cookie sheet. 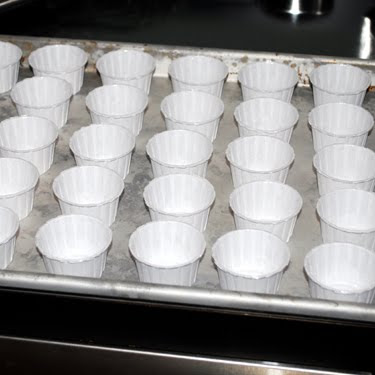 I tested each recipe with three cups filled at different heights – 1/2, 2/3 and 3/4 to see which would rise the highest without overflow. I made the batters and then scooped it into pastry bags and piped them into the cups, which was certainly a time saver – hand scooping would have been an absolute bear. I made seven different types of cupcakes, and each recipe made between sixty and eighty cupcakes. 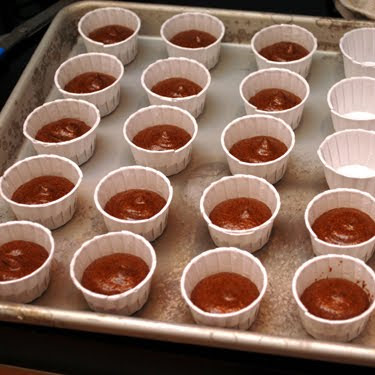 Wednesday night I cleaned the kitchen, organized the ingredients into stations and reviewed the recipes, plotting out my Thursday. The next morning I dropped the girls off at their schools, and went back home to “work”, baking the entire day and into the night. I went to bed just before one a.m. and woke up before five to set out butter to soften for the frostings. The chocolate ganaches were made first because they sit for a couple of hours to thicken. 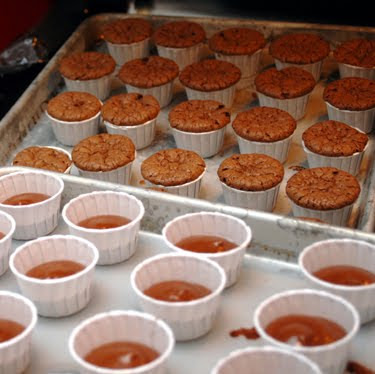 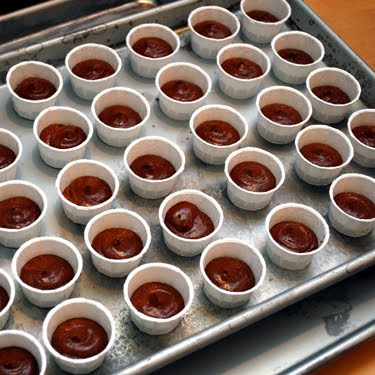 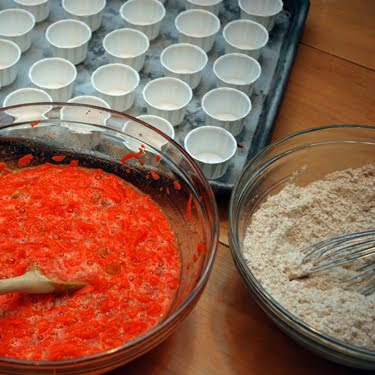 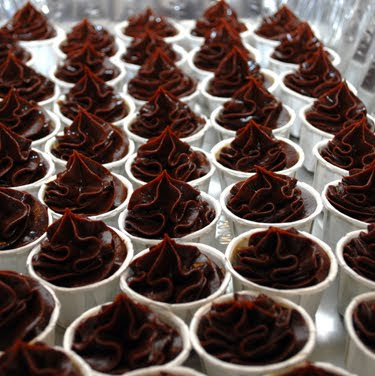 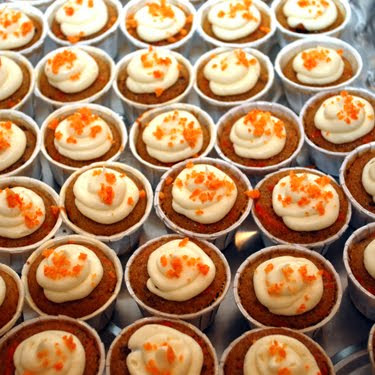 sugared carrot sprinkles made by creating a syrup from water and sugar, cooking the julienned carrots in the syrup, draining and drying until hardened and then chopped up for garnish 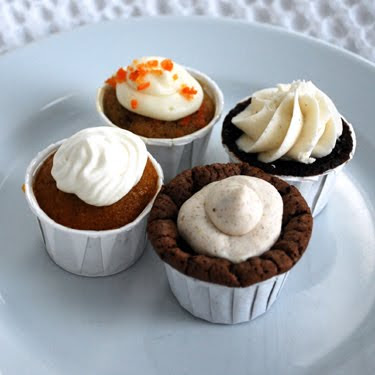 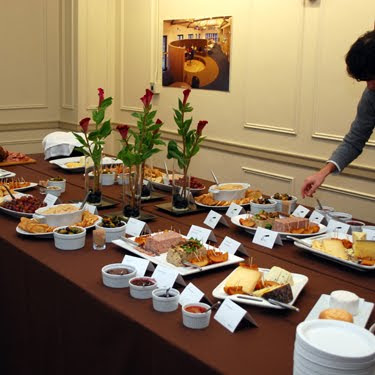 Setting up the gorgeous spreads of cheeses, olives, crostini, multiple pate varieties, hams, salmon, spiced plums and handmade relishes and one of the cupcake tables below. All were eaten except for one tray which we packed into various pans and distributed to friends around the neighborhood this afternoon. We’re cupcaked out (for now) and back to a real life that doesn’t revolve around a 350 degree oven. 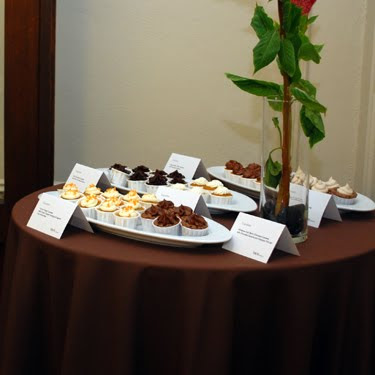 3 thoughts on “whew…that’s a lot of cupcakes”