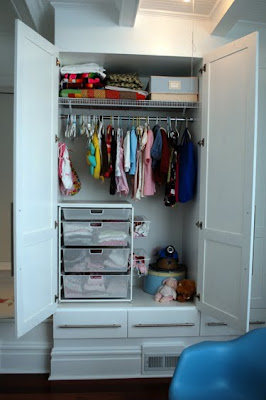 It’s only taken six months to do, but I’ve finally gotten everything out of F’s closets and her stuff, and her stuff only, inside them. Just to shame me a bit I’ve included a photograph of what this thing looked like a couple of weeks ago. 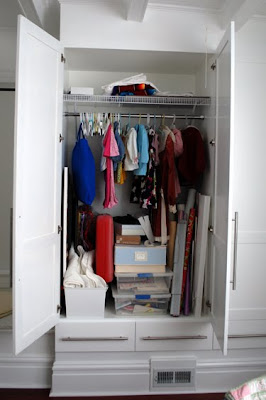 When the room operated as a studio space the closets and shelves were actually quite organized. But we never really converted the room over to nursery – I think there was a bit of denial on my part that all my space was going away. So I’ve slowly moved the projects down to other parts of the house, and you know how empty spots in closets attract junk…well, this one was a toppling pile of it.
Part of the hold up was that her room doesn’t have the built in dresser space that her sister’s does: 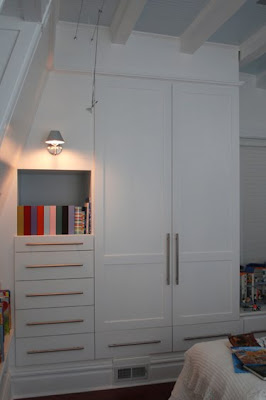 So we had to come up with a solution for her clothes that don’t hang, and this elfa system did the trick. I originally drew up something a bit more elaborate for the space, but what I really wanted was the flexibility, and this freestanding unit fit the bill a lot better. Now we hang a variety of clothing lengths above, store her clothes below and have bins and hooks in the system for accessories. 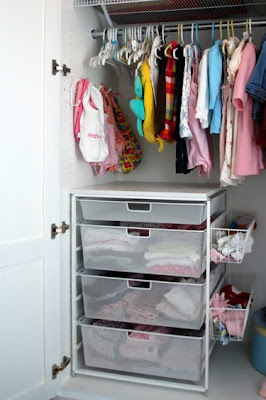 There are a few toys and bins stored on the side… 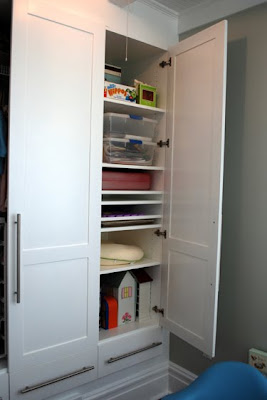 …but the majority are in the bottom drawers for easy access. 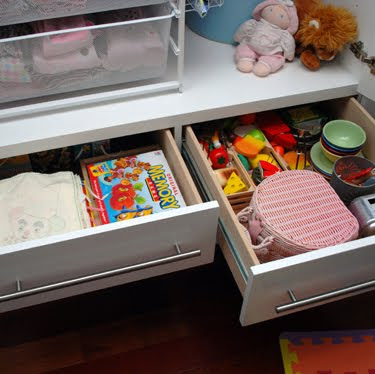 So, eighty-seven percent done because we’re still missing one last light fixture and we need to take out the foam core squares in the windows and do something a bit more attractive and functional back here. 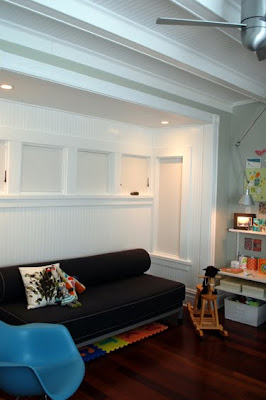 That’s in the works now, and includes some fabric that looks like this: 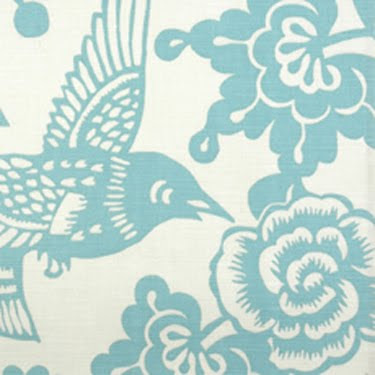 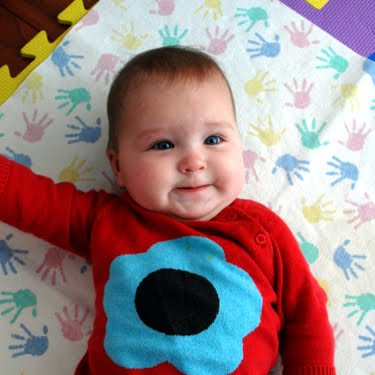