We tend to gather in F’s room when the sun comes out after hiding for a few days. It did just that late Sunday afternoon, and the big one pulled the little one around in circles on her tush, in and out of the sunbeams. I thought the corners were looking a little precarious – as in baby at forty-five degree angle with the floor and both legs in the air – so I made her stop and re-center her at each one. The giggles weren’t nearly as rambunctious then. I love that look she’s giving me in the fourth photo – killer of all the dangerous fun. 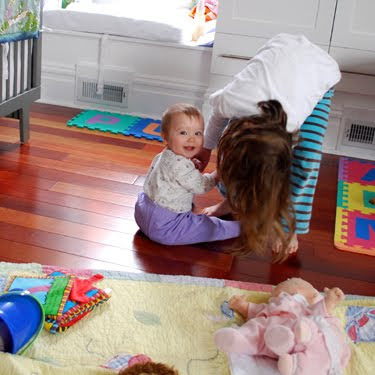 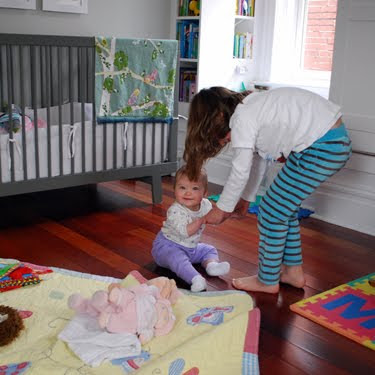 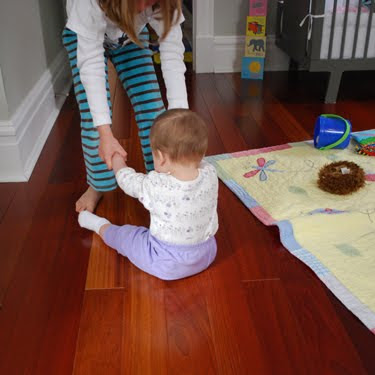 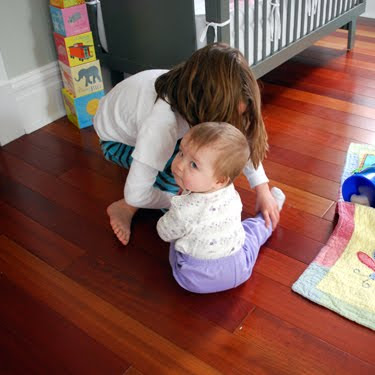 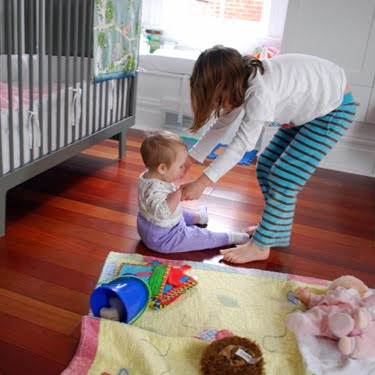 Next came the spinning aids, and the fun factor notched up a bit. Although she doesn’t look too convinced at the beginning. Bringing a pal along for the ride seemed to help, and the presence of that sunbeam didn’t hurt either. 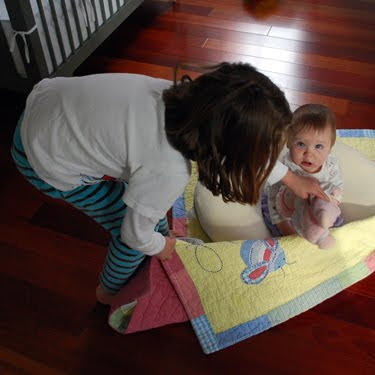 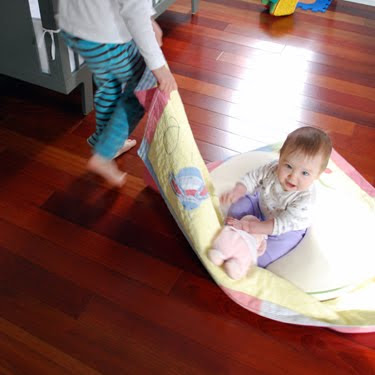 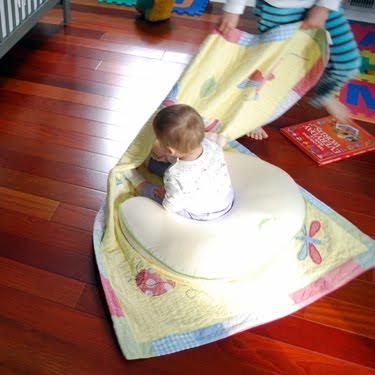 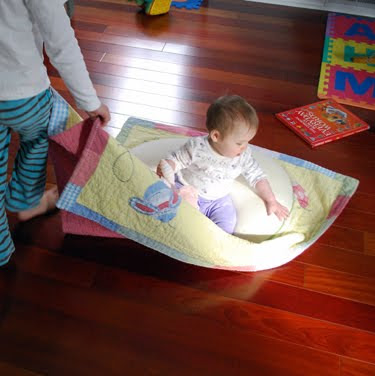 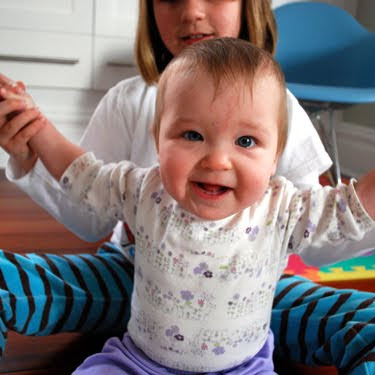 …..
On a side note – I went to set up this post and noticed that it was number 750. Wow. What in the world have I been talking about?