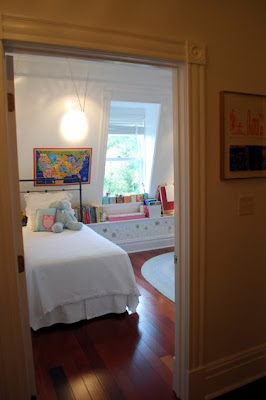 When E spent a few days with her Nana and Grandpa earlier this month it wasn’t the first time she’s been away on her own.  We always miss her while she’s gone, but there is a strange sort of quiet efficiency in the house as we go about our business without her.  Even this summer, with the addition of a baby who remained behind, it still felt as if we were home alone – probably because F goes to bed at the ridiculously early hour of six, and doesn’t appear again until seven or later the next morning.  E keeps her room pretty clean most of the time (with some help), but the projects in process – the crazy amounts of paper that girl uses and keeps – well, they start to wear a bit on me as they stack up.  When she hits the road we hit the stacks, and the room gets a good scrubbing from top to bottom that doesn’t have to get finished before 7:30 or 8:00 pm.  This year we wanted to do things a bit differently.  E’s been drawing floor plans of her dream room for awhile now, and most involve the installation of a small waterpark as a key feature.  If you remove the fantasy pieces from the plan, they all seem to include better access to her library from her bed, a larger play area, and cozy spaces with more seating for friends.  Playmobil is always on the list as well.  She’s got a great room – one that she uses every square inch of – but it’s not a huge room, and because of the numerous built-in’s and window seats and a mantel… well, there’s not a lot of variety to the way the furniture can be rearranged.  We thought about it awhile, and went a little against our grain by putting furniture in front of shelves, and we turned out making the room seem twice as large, and way more functional for this particular stage. Previous room photos here. 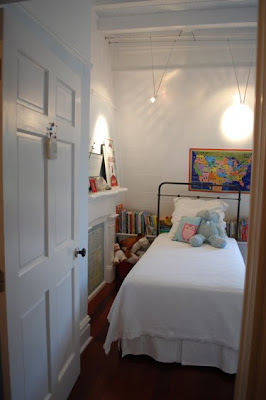 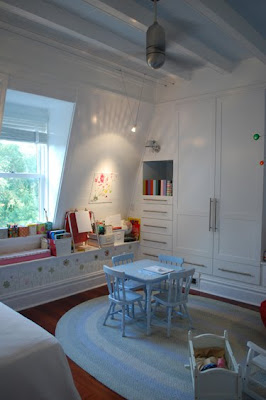 Dogs (the stuffed kind) have been a big fan favorite lately, and several end up in bed with her each night.  The remaining dogs have their own little spot now, with easy access from the bed. 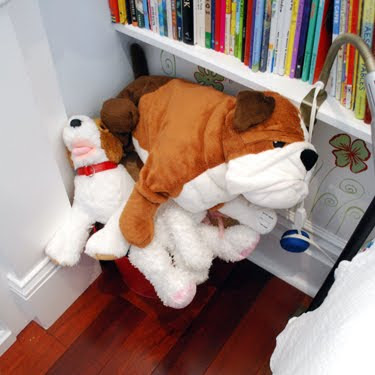 Behind the pillows sit the clock, chapter books in progress, a diary (with a lock!) and a few small treasure boxes – perfectly hidden, for now, from roaming one-year-old’s.  Side tangent:  Can I tell you how annoyed I get when companies call things like car covered bed sheets “boys” sheets?  Very annoyed.  Bonus points for the Garnet Hill catalog that showed up today sporting mix-and-match pajamas with patterns like hearts and monsters and ponies and rocket ships listed as “unisex”.  Done with tangent. 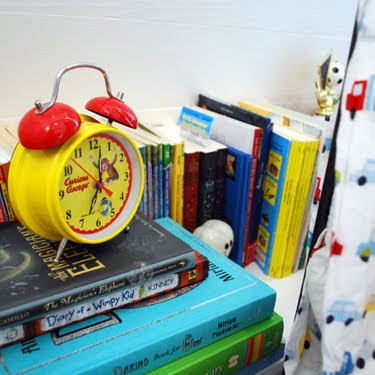 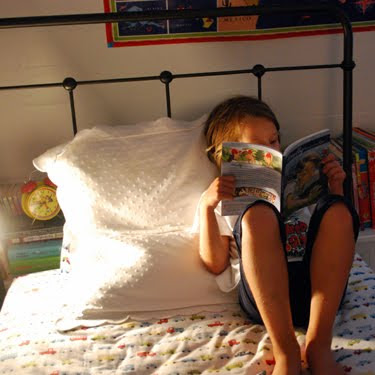 Successful rearrange?  Oh yes, I think so.  She’s flying through those books now…
…..
Oh, I almost forgot.  The new item:  one very over-priced red bean bag chair.  One that the baby and I drove WAY out to the suburbs to pick up on the morning of E’s return, after searching high and low at closer locales for one.  When I called to ask if they had one in stock they said they did.  When I showed up at the store and mentioned it was for my daughter they said they were out.  Why?  Because the red ones were boy’s chairs.  Ahem. 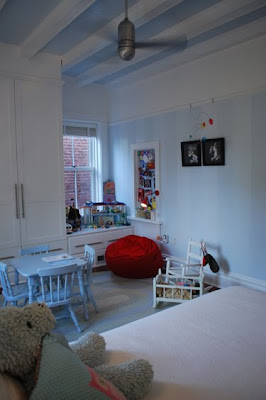 The “new” room was enthusiastically received, so much so that she’s started redesigning F’s nursery for her.  I see that she’s adding in a private bath as well – interesting. 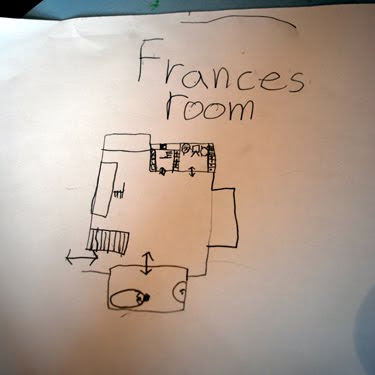 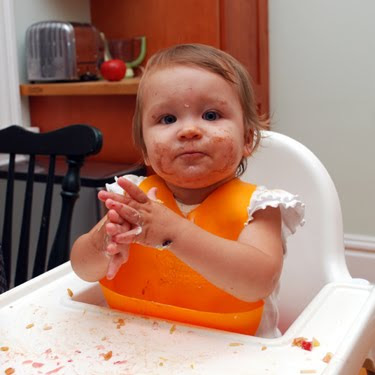 To which F replies “New room?  Who cares?  I’m just interested in lunch, and lots of it.” 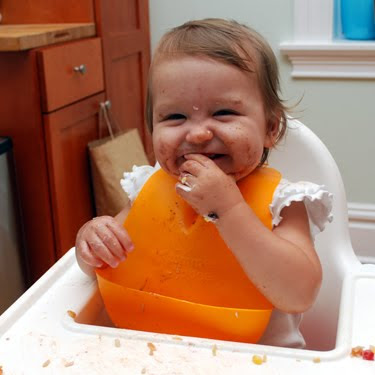 And, when you think this post cannot possibly go on any longer, or have any more tangents, here’s one more:  E’s got us figured out.  She knows the drill.  When she’s gone, things mysteriously “disappear”, thin out, clean up.  One night, after a couple of hours of re-shelving dusted books and sifting through bushels of half-used pipe cleaners, I tackled the paper stack.  This was found part way through it: 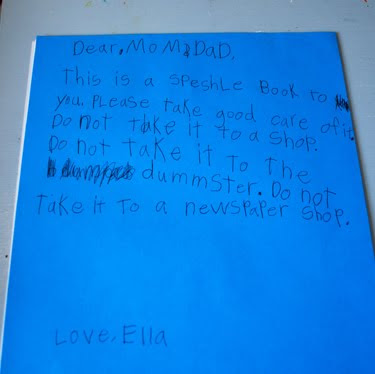 My urge to purge dried up.

1 thought on “the urge to purge: finding space for the special”