I was doing some long overdue scanning of artwork and school things, when I came across these two pictures.  They were done by E and her younger cousin, and I thought they were amazing.  For several years, her cousin has followed E around, wanting to do and share everything that her older cousin was doing.  We tried to convince E (to no avail), that she should be flattered by the attention.
But a transformation has been occurring as they hit seven and four.  The younger feels more confident in her own choices and preferences, the older feels a sense of camaraderie and equality.  There is less copying, and more working together.
E is particularly fond of a series of drawings they did together.  They decided together that they would think of things to draw, and draw the same picture.  “It wasn’t copying,” E told me.  “They were just really great ideas.”
And I must say, that’s some pretty stellar four-year-old work… 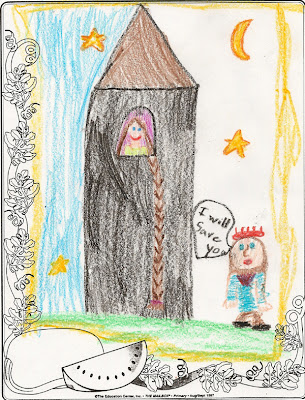 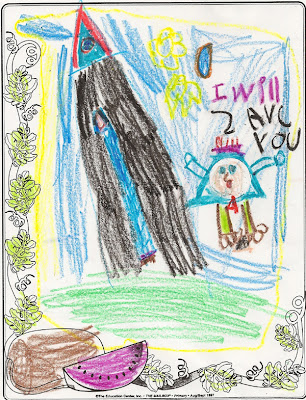