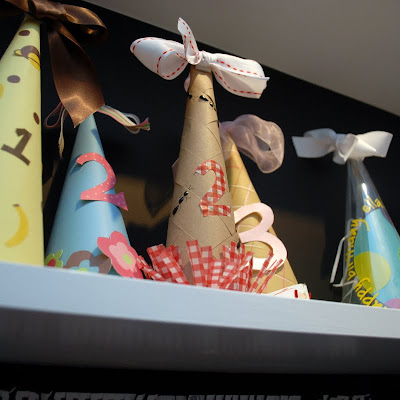 Without really meaning to, I started a tradition with E’s first birthday.  I made her first birthday hat, and then when her second birthday came around I made the second one.  After that I always made a hat with the leftover invitation material, and did that until her sixth birthday (which was as long as I thought I could get away with putting a homemade birthday hat on her head).  By that time I had a shelf to keep them on, and it was fun putting F’s first birthday hat up there.  And then I blew it.  Completely forgot the second one.  I thought of it multiple times along the course of party planning, but when it got down to the final prep it never even crossed my mind. 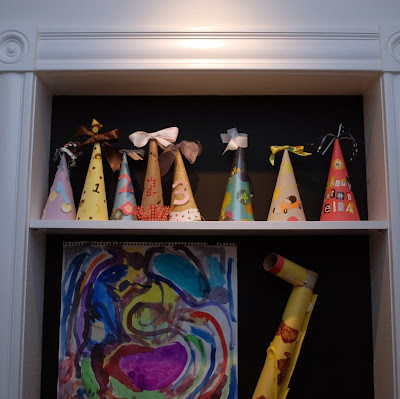 So here it is, a few weeks later.  It never sat on her head, but it’s still a visual reminder of the party that she’s still talking about.  And I’ve got a few more years of birthdays to make up for it.