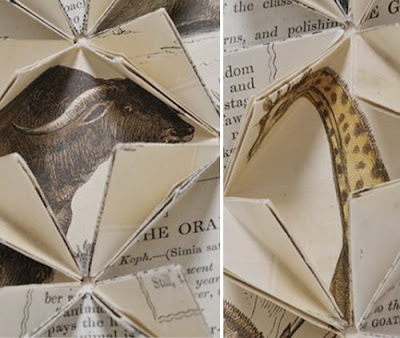 I instantly fell in love with these when I saw them today on Design*Sponge.
I love how the pieces are made small squares of folded paper, but when viewed from a distance they look like quilts.  The artist is Francisca Prieto – I’d love to see these in person.
The other things that they bring to mind are the four thousand “cootie catchers” I recycled out of E’s art cabinet last Friday.  You remember making those, and writing the choices on each flap of paper, and pushing the paper back and forth, back and forth, until a final selection was made and your fortune was revealed? There were so many in her closet, each with final fortunes worse than the last.  “You will fall out of a tree and break both legs.”  “You will lose a million dollars tomorrow.”  “You will wake up with a third eye.”
We finally told her to put a nicer spin on the final outcomes or we weren’t going to play anymore.  “Pick a number, any number.  Four.  One-Two-Three-Four.  “Your eyes will pop out of your head and roll down the hill.”  Hilarious laughter – by her, at least.”
So I’ve rambled off the point a bit, but it is after a very thrilling (and long) Game Six of the World Series and my team has tied the series up 3-3, I have no fingernails left on either hand, and I’m too wired to sleep so forgive me.
So I’m admiring.  See you tomorrow later today for Friday Finds. 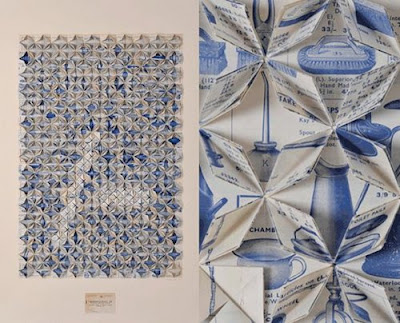 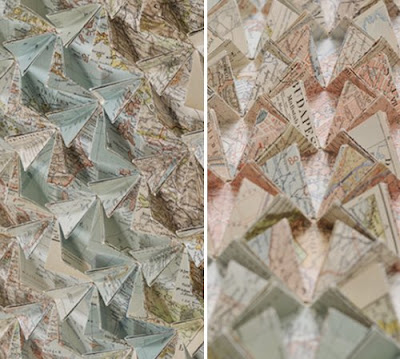