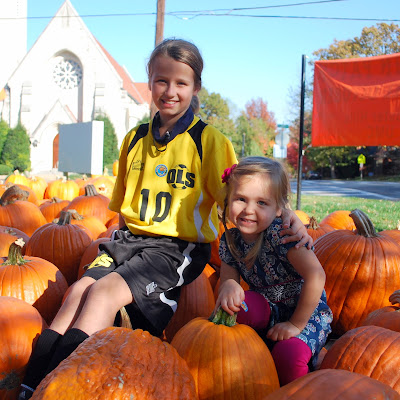 We have some pumpkins (yet to be carved)… and the costumes are underway.  We’re about ready for F’s FAVORITE HOLIDAY EVER!  She’s been asking about Halloween for months now.  She started singing when it became October.  Now she’s nearly beside herself.  Perhaps for the candy (she’s got a wicked sweet tooth like her big sis) but she also remembered the other day that last year someone gave her a ruler.  The ruler never made it into her pumpkin – she carried it around the remainder of the night.
We taped up a few portions of E’s Artemis’ bow and arrow and hit the rest with a first layer of glittery gold spray paint. 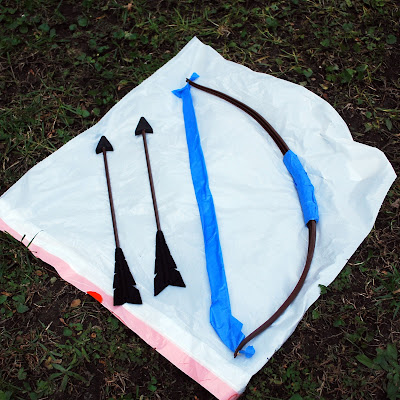 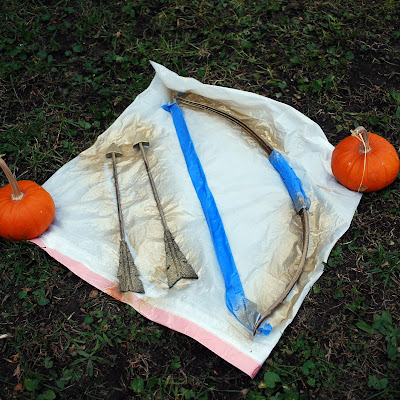 We’re on the second coat of the second side now, so we’re almost done with that part.  I was using the pumpkins to hold down the plastic underneath the bow and arrow and after the third round of spray paint I just couldn’t resist hitting the tops of those cute little p’s with some gold glitter spray – just a mist.  If I was super crafty I’d get my gold on with some golden monograms on those pumpkins like Brooke did recently for her girls, but my craftiness needs focus at the moment.  I’m behind on a million different projects.
To refresh your memory – E’s going as Artemis, and F is her sidekick deer. 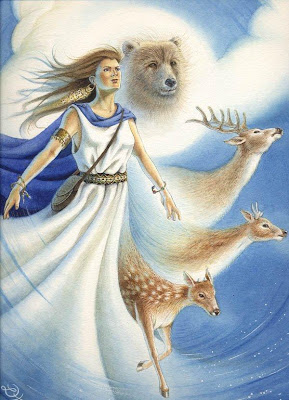 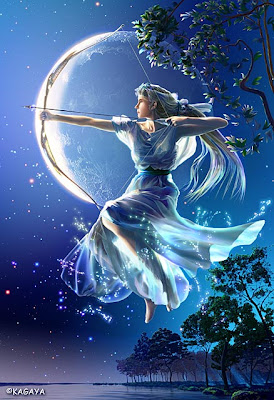 Test run on one side of the deer belly.  If belly is the correct term for the underside of a deer.  I have no idea.
She watched me cut and stitch with her antlers on, so I asked if she wanted a trial run with the makeup.  She’s been staring at that package of face paint for weeks now.  She most certainly did. 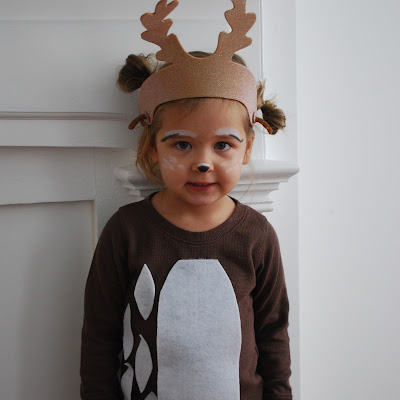 Later, I finished the rest of the costume.  Front… 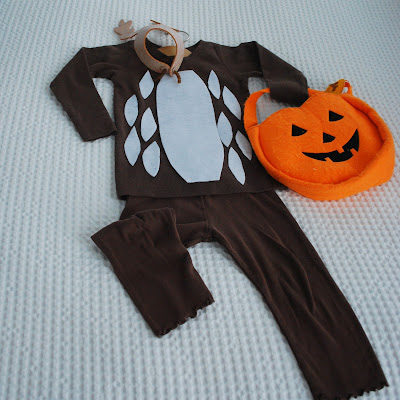 …and back.  We’re almost ready.  Sidewalks, look out. 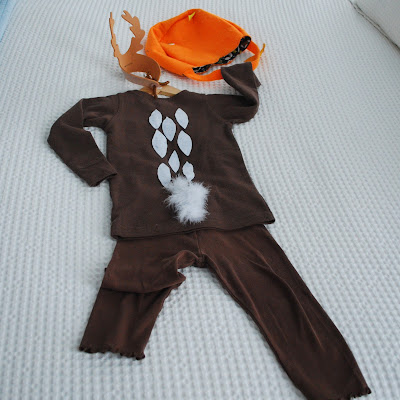 1 thought on “about that time”