I’m not against the occasional progress chart around here. 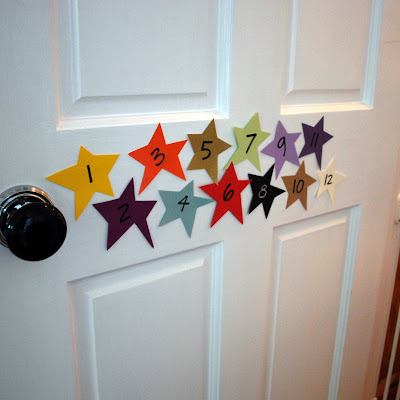 In this case we are working the little one into a bigger bed (her sister’s old twin bed that is currently stored in the basement and is in the way of some other work we want to do down there).  We converted her crib into a toddler bed (twice) – the first time she was just too mischievous after hours, and so we put the crib side back on.  The second time seemed to take, and she managed to stay in bed all night.
It’s funny to see the difference between the two girls.  E had a big bed at just over two years old because my niece was on the way and needed the crib.  We told her one time that she was not to get out bed without calling us – just like she had to in her crib – and she never once got out on her own for the next four years.  One Saturday morning she called down that she had to go to the bathroom and we rolled over and decided that a six year old could certainly fend for herself on a Saturday morning.  It’s not that we were strict – she was just a rule follower.
Ahem.  Not so much with this one.  So we are earning our big kid bed now (15 stars), and if you think those twelve stars above represent twelve consecutive great nights than you assume wrong.  We’ve danced back and forth between numbers – they frequently get taken away.  But we’re slowly inching our way there, and we promised her that she could try out E’s bed while she’s at camp this week.  Last night was the night, and she was stellar.  This morning was another story… (Hint:  Star #12 is gone again.)
Two steps forward, one step back…but never boring. 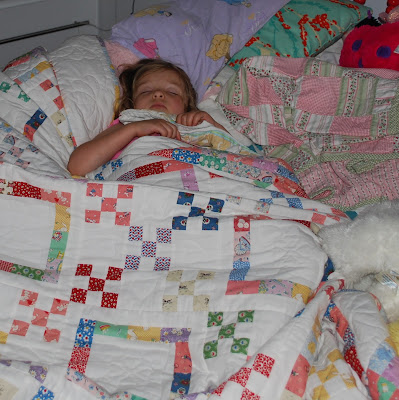